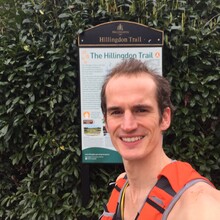 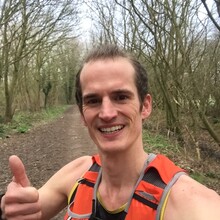 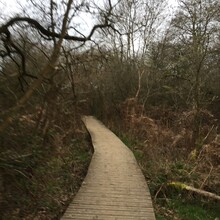 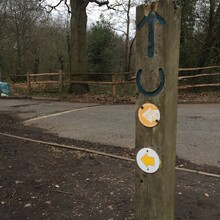 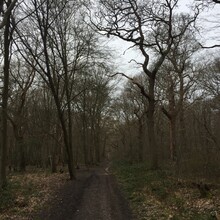 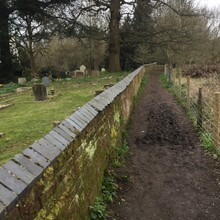 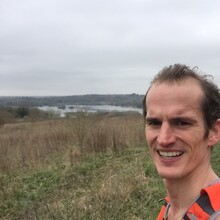 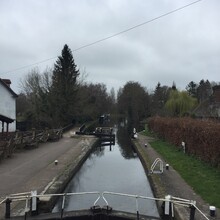 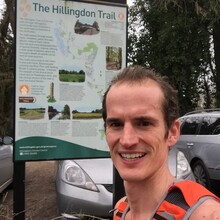 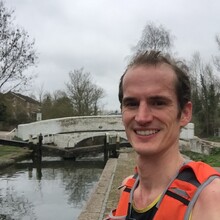 Great to be able to do one so close to home.

I started from the south in Cranford Park as opposed to the other attempts that started in the north.

This is a really enjoyable route. I always love running the trails, it just shows you how much nature there is inside the M25 and in a London borough too. The first 10 miles or so are very flat going through parks, trails and along the Grand Union Canal for a couple of miles. The last part of the route is especially good fun. There are some tasty hills and beautiful trail sections. While finishing on the flat (if you go the other way) is probably a better option you are blessed with a mile downhill to the finish which is awesome and fast! You finish at Springfield lock on the canal.

The route was still quite boggy in places, but only served to add to the fun.

Going the opposite way did mean I took a couple of different turns.

The first after coming off the canal I followed the Hillingdon Trail sign through the park, the others went around it via the road (possibly due to a sign coming the other way or a diversion). The other was in Belmore Playing Fields where the others went straight through the park (I could see why from the signposting later), I took a left turn following a sign, but did a U-turn as it was heading out of the park the opposite way to the route prescribed. I think the first route change was slightly shorter, the second longer, so I ended up going a little bit further than the others. The diversion was still in place around Ruislip Lido.

For anyone taking on this FKT it’s relatively well signposted, but there are quite a few points where you are not sure if you were going the right way or there isn’t a clear signpost when the route is changing. I had never ran this route before so it did leave me constantly checking my phone, which was a bit of a pain, but all in all a great introduction to FKTs. I look forward to having a go at some of the other routes.

I carried all my own water and nutrition and completed the challenge on my own without assistance.