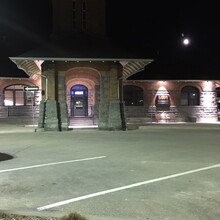 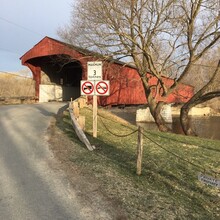 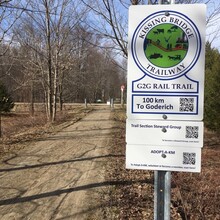 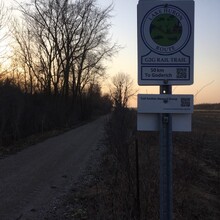 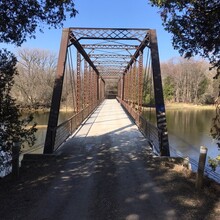 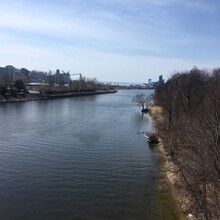 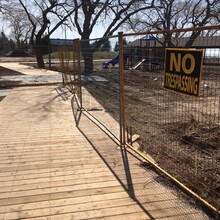 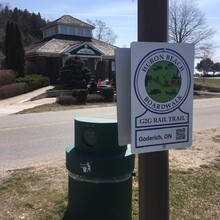 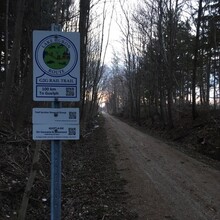 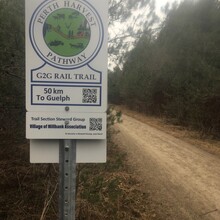 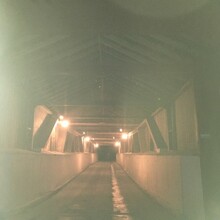 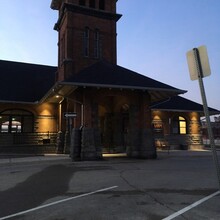 So a couple of notes right off the bat...this was an OUT and BACK, unsupported effort. I called it G2G2G. I also followed the route off of the official G2G website. Which means I followed all of the official detours. I did not cross any streams, and I went all the way down to the end of the boardwalk in Goderich. The one detour is very lengthy, but I took it since I wanted to follow the official route. My official mileage with detours ended up being 182 miles. I did not receive any help. I carried all of my food from the get go. I fetched water only from natural sources.

Day 1(55 miles)-I started in Guelph in front of Central Station at 4:45AM on Saturday, April 3/21. It was pretty cold to start. I think around -6 or -7C. I had a gpx file on Gaia which I used to get me out of the city of Guelph. I did't know how well the trail would be marked. Once I hit the rail trail, it was for the most part, a straight shot to Goderich other than some detours around rivers that had no bridge. Things went very well on this day. I was moving just fine, it warmed up eventually. It did cool down for a bit and ended up getting very windy. It even snowed for 10 min or so. Overall, it was a successful day. I decided to set up camp just before dark so I could get an early start the next morning. I found a great little grassy spot just off the trail.

Day 2(53 miles)-I had a great sleep and woke up to my alarm at 3:30AM. It was right around the freezing mark so packing up the tent wasn't the most fun. Once I hit the trail and got moving, I warmed right up. I was really looking forward to the turn around in Goderich. It's a really beautiful town. Mostly, the entire trail I didn't see many people at all. Goderich was the exception as there were many people on the rail trail near town. There's also a really nice bridge with some pretty views. The one thing I wasn't aware of was the boardwalk construction by the lake. The road is right next to it so I just had to take the road for a few parts. I ended up back on the boardwalk and made it to the official halfway point of my trip. It was a good feeling, but it was a long way back to Guelph. One mistake I did make was getting a little behind on my calories this day. I was also trying to ration things since I only brought so much. Water was never a real issue with there being lots of streams though. I do realize that I just need to pack more food next time. My pack will be heavier, but it is what it is. I ended up finding another great spot to camp just off the trail.

Day 3/finish(74 miles)-I was feeling pretty good early on and was eating some extra calories I had packed just in case. I was starting to wonder if I could do a big push and possibly break 3 days. I was motivated to get it done and thought it was possible. It's easy to think that when you feel good. Later though, I wasn't feeling so hot but still decided to push to the end. Probably not the wisest decision, but it paid off. Barely. I ended up eating my last bit of food with 16 miles to go. It didn't take long for me to have no energy. Luckily, I stumbled my way into Guelph and got the job done. It just wasn't the strong finish I wanted and was almost a couple hours over 3 days. The best part is, I learned so much! Unsupported is no joke. You really have to take care of yourself. I need to eat even more, or do less, or take more breaks. I got away with it for this one, but for something much longer, I have to be more conservative. Live and learn. Overall, I'm very happy with a lot of things I did out there. This was a great was to start off the season. I should also mention that it rained for quite a bit in the afternoon. My rain gear did its job though and I only had a slight chill. I ended up getting back to Guelph at 6:43AM on Tuesday.

Pack weighed 31lbs to start. 14lb base weight with 17lbs food and water.

Avg daily mileage was around 59 miles.

Thanks to the G2G trail! Many memories were made:)