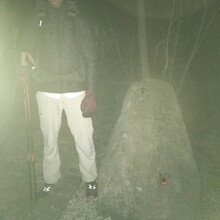 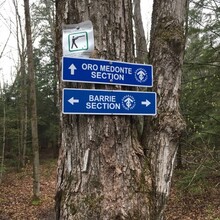 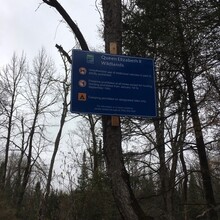 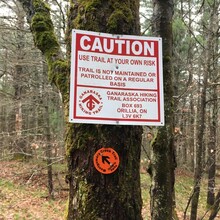 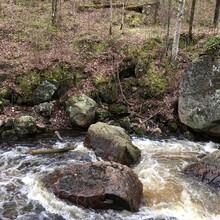 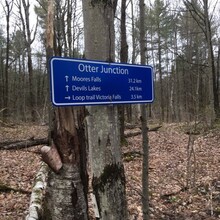 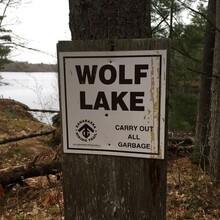 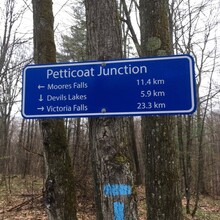 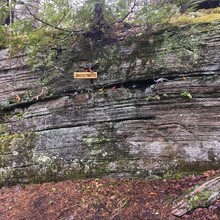 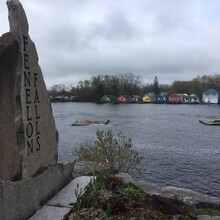 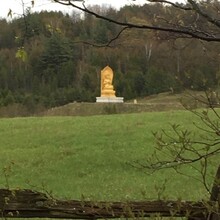 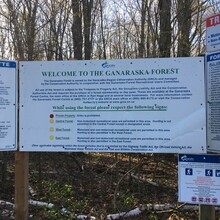 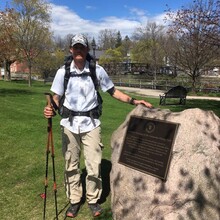 I put a lot of work in training for this one. And before I knew it, it was here. I felt as ready as I could have been and was excited to get going. I knew I was going to run into some bad weather, but I was just going to have to get through it. This is my home trail. Some of it actually runs about a mile in behind our house. So I had scouted out the first 3 sections and knew them pretty well, which is a great advantage. The 2nd half of the trail would be all new to me. The trail maps are on an app called ONDAGO, which is a great tool to use for navigation. My girlfriend Chantal was nice enough to give me a ride to Glen Huron nice and early Saturday morning. I kicked things off at 5:30AM on May 1.

Day 1(47ish miles/Mad River and Barrie section) - It was a pretty chilly start. Not too big of a deal with a full belly stepping out of a warm vehicle though. I really wanted to take things easy and enjoy this day. Which I did! I enjoyed some nice scenery and tried really hard not to get my feet wet early on. I made it just past Midhurst and found a great sleeping spot in the forest. I felt I had set myself up for a great next day.

Day 2(46.75ish miles/Barrie and Orillia section) - I had a great sleep and felt good early on. I did run into some light rain in the morning, which wasn't too bad. It did pick up throughout the day though and didn't let up at all. So everything became pretty wet. I did go a little later than I wanted to on this day. I was having trouble finding the ideal sleep spot. I was soaked by the time I finally set up camp. The day ended up being a success, considering. I just hoped I would recover well in my sleep and wake up ready to go the next day.

Day 3(33.75ish miles/Orillia and Wilderness section) - More rain! Started the day off with a lot of road walking. Dirt roads mostly which is better than paved. I had heard much about the Queen Elizabeth 2 section and how nasty it is. It didn't disappoint. It's about a marathon long and crosses no roads. You traverse swamps via beaver dams. Navigation isn't always easy. I'm lucky I went through in May and not in the summer. I can't imagine! I ended up finding a great sleeping spot and had no problems catching z's.

Day 4(34.25ish miles/Wilderness and Kawartha section - I finally made it through the Wilderness section and hit some road sections. It didn't take long however, before I was in the thick of things again. It was more swampy land, some bushwhacking and downed trees. I knew eventually I would be coming out to the rail trail though. Oh ya, I should mention that it rained all day, again haha.

Day 5(42.5ish miles/Kawartha and Pine Ridge section) - I had a lot of rail trail ahead of me this day, but for some reason, I didn't feel too great the first half of the day. I kept moving though and slowly ticked the miles off. Later on, I did start feeling better. I went through some cool, unmaintained roads and farm sections. Some good hills also. I was once again having trouble finding a good sleeping spot due to a longer road section. I finally found a spot though just before dark. I actually had some thoughts about pushing through the night since I was getting closer to the end. So glad I didn't though. The rest did wonders for me the next day. It was dry most of the day until later when it rained but also the temps were dropping. This had me worried a bit. I remember going to sleep with chills. Then I woke up later and was too hot with all of my gear on.

Finish(32ish miles/Pine Ridge section) - No rain finally. And the sun was out! It was still a little chilly and windy, but I was dry. I really enjoyed the last day. I even managed to shuffle some to finish faster. It was easier at this point since most of my food was all eaten. Chantal actually took the afternoon off work and was there when I finished. Which was amazing! It felt great to be done, but I wasn't in too rough of shape. I really took good care of myself and it did wonders. This was my longest unsupported effort to date and I'm already looking forward to going longer.

Notes: Fully unsupported. Carried all food and drank only from streams.

Starting pack weight was 36lbs and that was carrying no water. 21lbs of that weight was food.