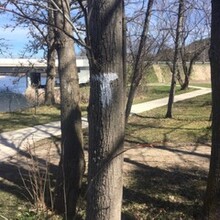 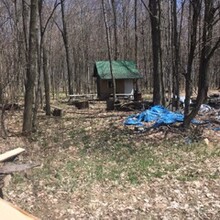 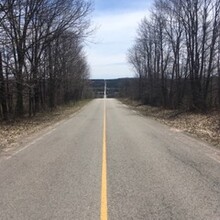 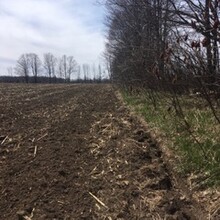 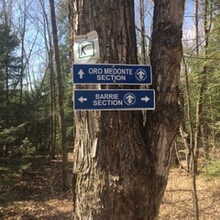 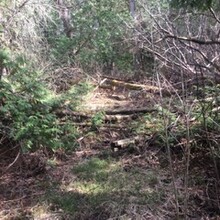 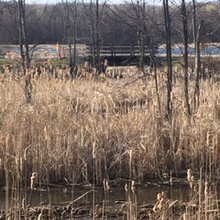 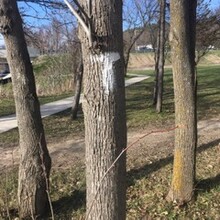 I'd like to first mention that I used the route on the official app of the Ganaraska Trail, the ONDAGO app. There has been a section taken out off of the 5th line since the 2013 guidebook was produced due to that area being too wet. I'd also like to mention that I had to do a small reroute that isn't currently shown on the app. There is a bridge out on the Tay Shore Trail right by Highway 12. It was impassible on the day I did the FKT. So I just used Triple Bay Road and Highway 12 as my reroute. The Tay Shore Trail isn't too far off and this reroute is only slightly longer than it would have been taking the trail if the bridge wasn't out. I have a picture of the bridge on one of my time stamped photos. I also have a picture of the current route on the app. Also, I completed this trail as an out and back, unsupported. So 59.2km total.

So what I want to do when talking about this FKT is tell you all of the mistakes I made. I'm not going to do that though. I'm going to keep this one positive. It was a beautiful day and I started at 11:42am at the northern terminus in Midland. The paved trail and snowmobile trails were a nice start and I had no problem moving at a decent pace. Things get interesting when you enter the first bush section. It is really hard to keep any decent momentum due to the terrain. I do like the variety though and the use of different muscles. After the bush section, I came out on the 5th line. This road has some great hills which I hiked up and put the brakes on going down. After 10km or so of this road section, I entered the bush again to cross over to the 4th line which would take me into Copeland Forest and my turn around point. There is some nice flowing water in Copeland which I used to fill up my water bottle. It was much of the same on the way back. I used the stream crossing the 5th line to fill up my bottle one last time. I entered the last bush section of the day, and I knew after that it was just snowmobile and paved trail until the end. I finished at 6:06pm.

So, when things don't go perfectly, you always learn much more. I will say this, to all of those people who can make mistakes or have an off day, and still stay in the game mentally to keep pushing to their max, I salute you! I think I will recover fast from this one since my legs felt great throughout. I don't know what is next as of now. I'm thinking I'll figure it out very soon though. For those who take the time to read, big thanks! Take care.