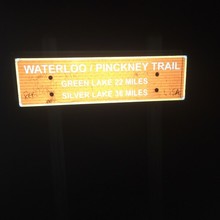 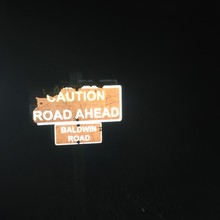 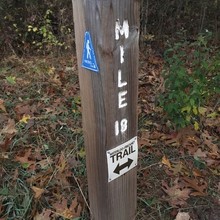 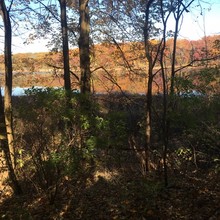 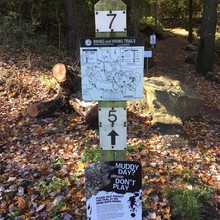 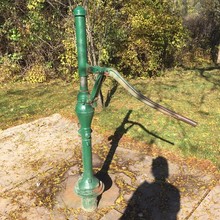 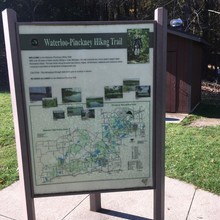 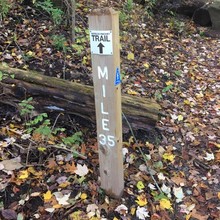 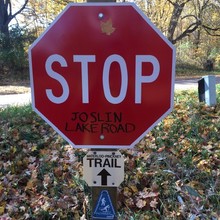 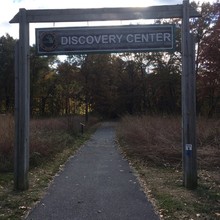 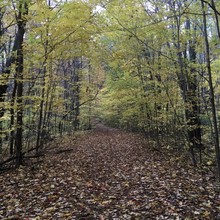 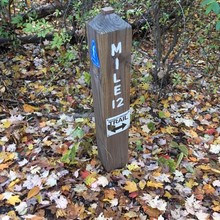 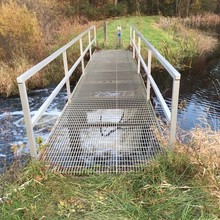 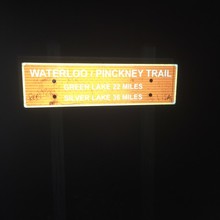 Oh boy. This day turned out to be harder than it needed to be. I got started bright and early. Since I was doing this unsupported, I ate a massive breakfast so I wouldn't have to think about food for a while. Not the case. I had eaten so much I had to try hard to not throw up the first hour. But eventually that feeling subsided and I continued on. I had planned to use a water fountain just off trail at about the 1/4 mark. When I got to the fountain, it was covered and winterized. Not good but what could I do? I knew I'd be OK the first half since it was pretty chilly and I wasn't sweating. I felt pretty good and made it to the end(halfway point for me) of the trial where there is a pump well. I refilled my bottles and drank as much as I possibly could knowing that this was my last chance for water. Since I was relying on that one fountain, I left my filter at home. Not smart. The day ended up being beautiful weather wise and I was making up some good time. This made me sweat a little more though, which was bad with limited water. On the outbound leg I had dropped a coke at 3 and 6 miles. I really wish I would have done 5 and 10. I had finally drank all my water and needed to get to that coke I stashed behind a tree! I don't want to exaggerate, but I think I barely made it. I really didn't want to throw the towel in on this, but I was in a world of hurt and I was concerned with my safety. Not a good feeling. I did make it however. At this point I made another mistake, I decided I needed to reset and drink the coke while I sat and rested. This felt great at the time. But after I few minutes I started to shiver uncontrollably. It wasn't that cold out either. I was just dehydrated and too low on calories. I had to start running hard to warm up. I finally stopped shivering and knew I was getting to another stash point with 3 miles left. I basically didn't care about my time at this point. I just wanted to get back safely and finish this thing. Which I did. Humbled once again. Crazy how a day that went so well for 3/4 could go that bad the last 1/4. I would like to know how differently things would have went if that fountain was not out of action. But I guess I risked that doing this late in the season in Michigan. Things I learned...always bring you water filter! Keep moving when you are low and calories and it's cold out. Always expect the unexpected! Although I was having a rough time out there, I'm proud that I got the job done. Even though it wasn't pretty.