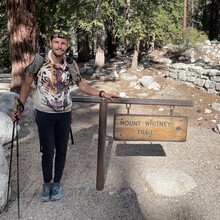 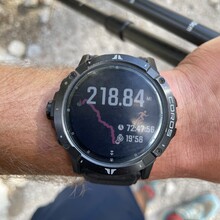 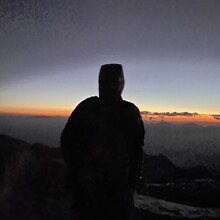 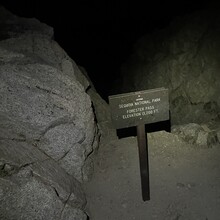 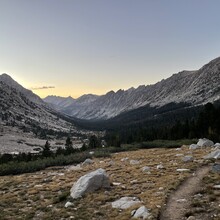 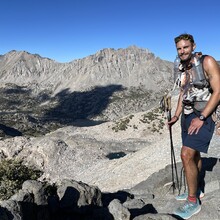 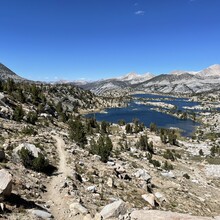 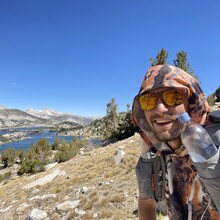 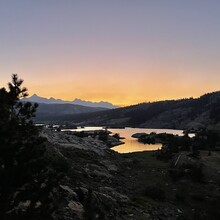 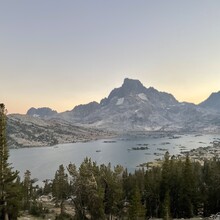 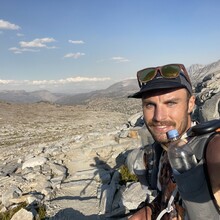 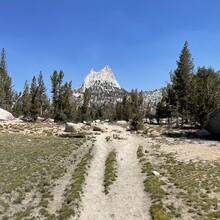 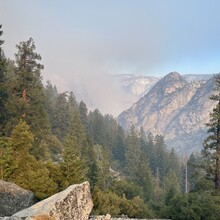 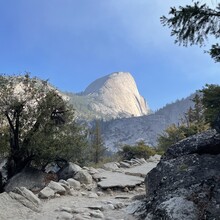 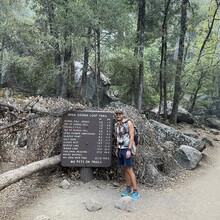 For 3 year I had wanted to try the JMT FKT. There is no reason it had to wait until this year. But it did. I drove from Bozeman out to Yosemite Valley after getting a permit and prepared for a quick trip along the iconic trail.

My adventure began at 7:33 am and I moved quickly out of the valley. It was busy but not too crowded through what I consider the more mundane portion of the John Muir Trail. With a background heavily influenced by the PCT, I was most excited to get to Tuolomne Meadows. Everything started perfectly. I ate and drank enough, the body was working well, and I made it to the top of Donohue Pass in about 10 hours. Then things started happening. My pee kept getting darker and it was soon a dark brown. This was scary. I am colorblind and can’t tell the difference between brown and red. But, seeing no signs of clotting or blood I continued on. Up and over Island pass and by the beautiful lakes of Garnett and thousand island the first night was incredible.

It was a productive first night through the Devils Postpile area and to Virginia Lake. 78 miles in the first 24 hours to the base of silver pass and things were not getting worse. It was a mixture of running and hiking the whole time with a couple naps during the first night. I never sleep on night 1, so this was a different strategy.

Day time travel felt great and I moved with similar efficiency to day 1. Silver and Selden passes were beautiful and lit the fire that comes from being in the high Sierra. The descent down Selden was very runnable and kept me on a great pace to give myself a shot at the FKT. Then came Muir pass.

It is so far down and back up between Selden and Muir, and I let myself dwell on it and it hurt me. For miles I slowly plodded up the evolution valley and questioned everything. I had so far to go. Then I shifted my thinking to 5. 5 high passes and then whitney. The slow countdown began. I made it up Muir pass and the number of passes clicked to 4. I somehow forgot how rocky the descent down Muir pass was and I was slower than I hoped. Eventually the trail did become a very runnable dirt surface and I made use of it through the remainder of the night. The second night was not very productive. It was full of restless breaks where I should have tried to sleep instead of doing every form of mental math to see if I was on track for the record.

The sun came up as I approached the golden staircase up to Mather Pass and my mental attitude immediately improved. I moved quickly. Despite the tough night I still had a chance. I pushed hard past palisade lakes and over Mather. The mental number was now 3 high passes. I ran down the back side, passing many JMT hikers, some that recognized my loud fashion and some that just thought I was a crazy person running. When the trail flattened out near the south fork of the kings I took a quick 5 minute nap. I woke up “refreshed” and began running again. Then I remembered I forgot something. My poles were not in my hands. I quickly turned around and sprinted back to my nap location and found them.

Driven by the anxiety of wasted miles I flew up and over Pinchot pass. Two more high passes. The descent to the famous swinging bridge over woods creek was awesome. This was my time to run and I put the pedal down. People heard and saw me coming and their jaws dropped. My legs felt surprisingly good and I was alert in the warmth of the day. It was some of the most fun I have had on an FKT. I got to go fast and through amazing scenery. But, just like everything in life, the descent came to an end and I had to begin the long climb toward Glenn Pass. The shift from downhill to uphill was not as smooth as I hoped and I was quickly dragging. It was hot and my better flavored electrolytes were gone. It was on to the second tier of both hydration and food. Calorie consumption had plummeted and I was still trying to finish off the calories I wanted to have consumed through the first 48 hours. Glenn Pass was about consistency. I hit the welcome sight of Rae Lakes and basked in the afternoon beauty of one of my favorite areas in the world. Then my gaze shifted upward and I just walked…consistently…until I hit the top. It hurt but the number was now 1. Just forester pass remained. Two southbound pct hikers recognized me at the top but I didn’t stay long. Many miles of running awaited.

It was not the perfect descent like Pinchot but I half ran and half hiked it all the way down to vidette meadow. Forester pass became the sole focus. I was consuming one sour patch kid at a time. I was not keen on eating but I kept at it. The altitude hit hard at 11,500 and my energy was gone but the motivation was high. I powered to the top and it was so different seeing everything from the opposite direction as my other 4 times over the iconic pass! It was dark. It was time to begin the final push but my body wasn’t into it. I tried to push but an hour later I just took a nap. The whole night went that way. Run a couple miles, walk a couple miles and then take a nap. Around Tyndall Creek the world began to bounce. My eyes couldn’t focus. It was scary and I tried every trick I knew. I licked my finger and rubbed it on my eyelids. I slapped myself. I began talking out loud to myself. At some point during this time I woke up on the ground. I fell after falling asleep while hiking. Luckily no injuries. I set my timer for 12 minutes and went to sleep.

I wasn’t refreshed but I was more alert upon waking. The record was in doubt but I had no chance before the nap. I crossed Wright creek and Wallace creek and finally hit the pct/jmt intersection. This was huge mentally. Just the climb up whitney. I began to run with so much adrenaline. If I averaged 3mph I could still do it. Everything was emotional now. My heart screamed through my chest on the climb. It was steep and rocky and i went so hard. I passed many people in the night and said nothing. I was so deep in my head I couldn’t even interact with the world. Past guitar lake and up to the Whitney Portal junction I was so motivated. I began to run from the portal junction to the summit. A headache pounded from the altitude but I didn’t care. The sun was coming up just as I hit the summit and I was overwhelmed. It was so beautiful. My moment of tranquility was ended when a bundled up hiker said, “how are you in shorts?” I just said I had run up here and then I left the summit to head down. I had never done the whitney portal trail and it was awful. The switchbacks were endless. I have heard there are like 93 of them. I also wasn’t even sure how far it was. So I ran as much as I could. Then I could see the road and the parking lot. I began to “sprint”. The “sprint” lasted 3 miles and time was ticking by. Where did this damn thing end. Then I turned a corner and that was it. I was empty. The crying I though would happen didnt. I had nothing left. Not one ounce of feeling anything. It had all been left somewhere along those 220 miles of the John Muir trail.