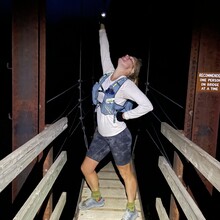 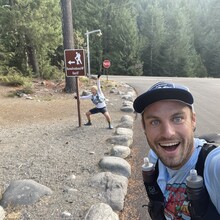 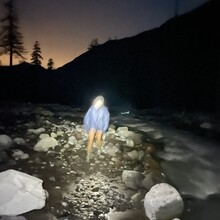 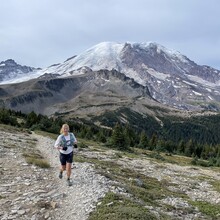 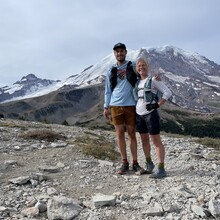 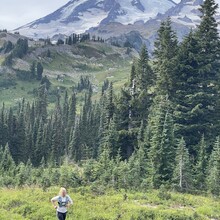 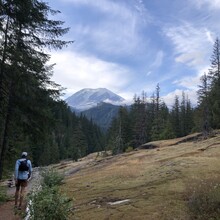 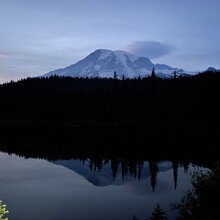 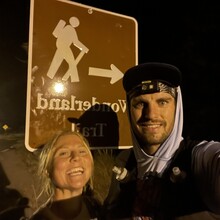 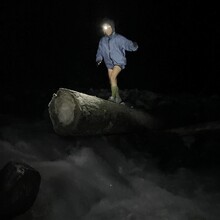 The Plain 100 was canceled for a fire and instead of canceling the payoff for the training that we didn't have, we ran in a circle. We had never met, but decided running for over a full day together was not a bad idea... and Rachel decided it would be fun to not bring shoes, a vest, or any layers and then simply figure it out once her plane landed in Seattle. We stopped at REI and borrowed other stuff until we pieced it together and made it out to Longmire for a 6pm (ish) start (IMO the worst time to start), and began our anti-counter-clockwise circle. Neither of us checked the weather because we are not planners, but there was not even a drop of rain. It was cold and we wasted about an hour crossing the Carbon River... maintaining dry feet was suddenly the only goal I had at 5am because I can be a drama princess, but we made it. The weather was perfect, the AQI was great, and neither one of us turned out to be awful company. The time is incredibly soft, but imagine showing up with someone you have never met and committing to running a 100 mile circle with them? Nerves were high, but none associated with the success of a circle. It was an awesome time with lots of dumb jokes and the full effects of caffeine throughout 27 hours!

We each wrote up a blog about the experience and I think it is some of the finest work on the internet.