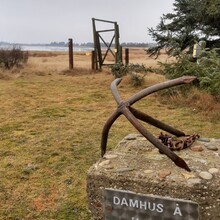 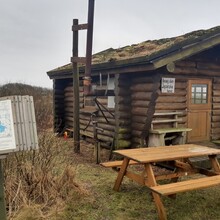 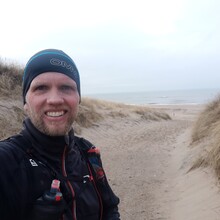 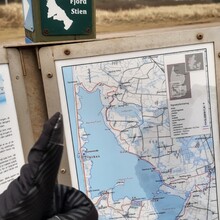 I started and ended my run in Helmklink Harbour. The official route says 70.4 km, but I ended at 73,18, without any wrong turns or mishaps. I followed the marking on the route, which was pretty easy to follow. Except that a few of the poles was lying down...

A nice route, but I think there was to much asphalt. Would have preferred more trail.

I had no help.

I started with 1 liter of energy drink, 1 banana, some chocolatebars and two gels. Also had two sandwiches with butter, cheese and jam.

My liter of energy drink lasted until about 60 km. And in Thorsminde after 66 km, I could get a refill of water in a public restroom.