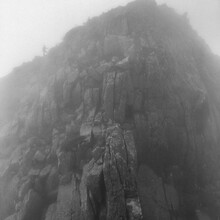 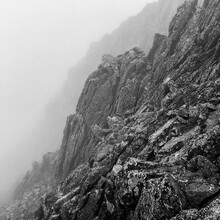 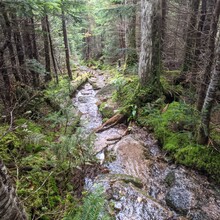 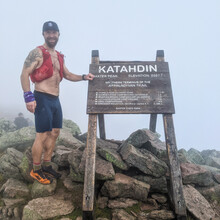 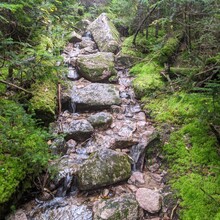 With thunderstorms in the forecast I opted to go up Helon Taylor to hopefully avoid the ridge under heavy rains. Unfortunately with BSP's strict rules and booked out reservation system I had to wait for a day parking pass. Both Fri and Sunday looked beautiful but I only had sat as an option so I went for it.

Awesome day of adventure but I've never been on a more slippery greasy run. It just wasn't the day for speed especially where I predominately try to make time downhilling. It rained twice while I was on the ridge but no t storms. It didn't take much precipitation to turn the rock pile into a skating rink. Descending to RPCG was scary. I took several sliding falls including one bad one that left me with an instant golf ball sized hematoma on my right leg. Thankfully still able to "run."

Eventually the trail became runnable and I made some better time but with 9 miles to go the sky opened up with the rumble of thunder and the trail was under water the rest of the way. On a dry day I know I should be under 6 hrs so when the rain made everything so slow and I wasn't going to be under that goal i Mentally caved a little and did some walking over the final miles.

I carried all my own gear, filtered water, saw only a few people all day.