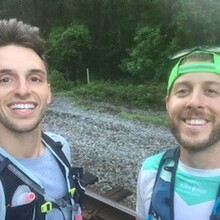 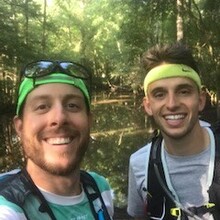 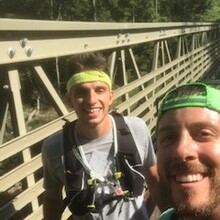 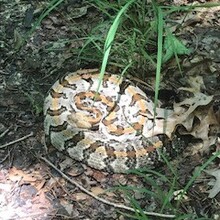 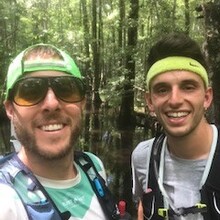 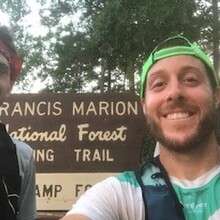 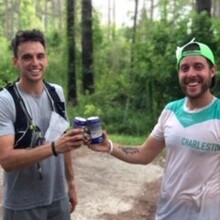 Completed the Swamp Fox Passage on 6/20/20 in a time of 13:19:28.  The published distance for this route (from the palmetto conservation website) is 47.2 miles, although our GPS watches had us closer to 48.5 miles.  The route has beautiful scenery of the South Carolina lowcountry, ranging from dense forests (watch out for canebreak rattlesnakes warming up on the trail!) to open pine/grassy areas (wild hogs frequent the area but don't like stick around for pictures).  Although the trail is remote, it crosses about 10 US forest service roads (gravel/dirt) and about 5 main roads (paved). The forest service road crossings make great spots to drop some jugs of water and nutrition the night before, and the main roads make for great meet up points for a support vehicle, which is what we did for our adventure.  This was our first attempt at doing the entire trail in one shot.  In the days leading up to our attempt the area saw many long, hard storms which resulted in several miles of ankle to shin deep standing water on the trail, slowing our pace.  Having seen the entire trail now, we're certain that drier conditions would result in a much faster overall time.  The trail has sections with many roots, but for the most part is very run-able.  In an area of South Carolina that is seeing rapid development, the Swamp Fox Passage has about as remote a feel to it as you could get.  Aside from brief road crossings, the trail remains in areas free from development.  For others wanting to thru hike/run it, you should keep in mind that cell phone signals cannot be relied upon, you're likely to only see vehicles at the paved road crossings (and those may be few and far between), and "oppressive" really is a good word for the heat/humidity when making an attempt from June-September...be smart with having hydration planned ahead of time since there are no opportunities on the trail other than sterilizing swamp water.  For those who enjoy a cold beer after a long day, Sufferfest Brewing makes a pale ale called FKT, which we found to be a great cap to a great day. We expect our "FKT" will be broken sooner rather than later and would be happy to offer any knowledge to those making the attempt.  Feel free to reach out with questions...perhaps we'll even join you if invited!