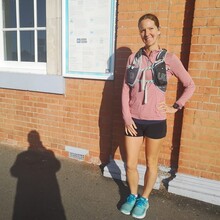 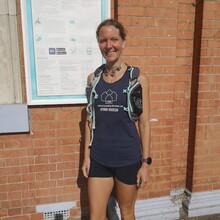 My Dad suggested that I do the Crab and Winkle FKT as an out and back, and also put in a record for one way.  This is shorter and flatter than my usual runs (although still hilly for a fast run!) but I thought it was a good opportunity to focus on a bit of speed work which I tend to avoid.  As there is no female record I set out to see if I could beat the current men's record but expected it to be tight.  I just missed it on the way out, although it does still set the female record, and just beat it on the way back.  I started at Whitstable station and the time for this leg, which finished at Canterbury West station, can be seen on the Garmin record under laps, lap1.  The total time on the Garmin is for the out and back.

The route is, for the most part, easy to navigate and a good surface to run on.  It was easy to mentally break down into sections which made it nicer to run at speed and the vast majority of it is away from the roads.  The only tricky bit of the route is where it goes through the university as it is not so well signed here.  There were plenty of people, running, walking and cycling on the route which is always nice to see.  I had been hesitant to do this route as it is outside of my comfort zone but I actually really enjoyed it.