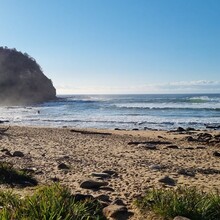 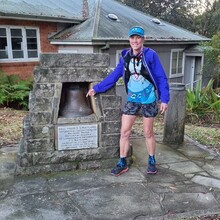 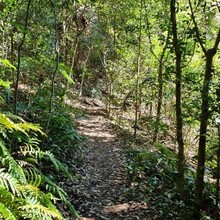 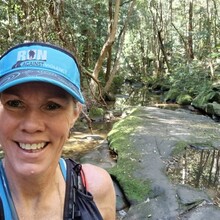 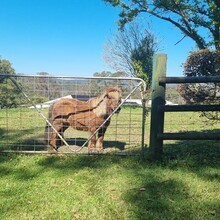 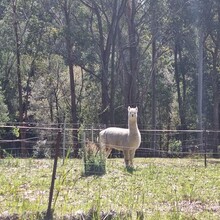 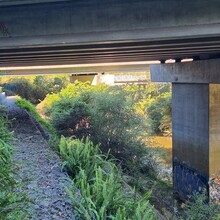 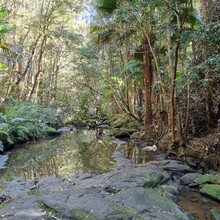 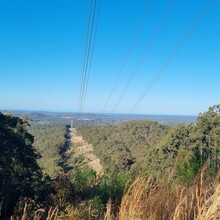 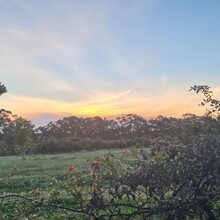 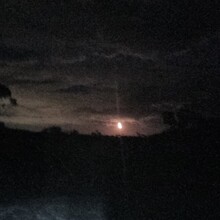 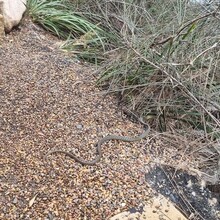 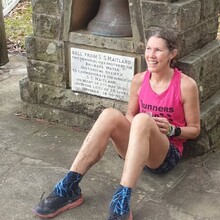 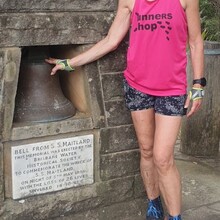 I was dropped off at the start by my partner Dave and my brother and his wife were also there to see me off. I started just after 6am and had the trails to myself until I got down past Little Beach where there were a few surfers heading out for a surf. I carried enough food to last the whole run (and a bit extra) as well as warm clothes for the night and a charger to keep my phone charged. Only carried enough water to get me to Kincumber Mountain where I used the public toilets to refill with enough to get me to Narara Eco Village where I refilled again at the public toilet. Then went to Ourimbah where I went off course to go to a football ground where I loaded up with enough water to get me all the way to Somersby as there is no other place to get water from until then. The pack was quite heavy. Off I went again. Had some stunning views as I reached the high points looking out over the valleys. Startled a goanna at one point as it also startled me as it scurried off. Started getting dark as I turned onto Tooheys Rd so I stopped and got my headlight out and put my warm clothes so they were accessible for when I needed them. It was a very pleasant night and I enjoyed the peace. Heard a few Kangaroos off to the side but didn’t see any. Stopped at the public toilet at Somersby to refill my water to get me to Pearl Beach. I was going well until I got to Mooney Creek. As I crossed the creek (in the dark) it was hard to see the track on the other side and somehow I managed to spin around and started running back the way I had come from. I thought I don’t remember this many rocks on this side of the creek and then noticed a fallen tree and thought it was the same as one on the other side and then realized I was going the wrong way. I turned around and went back again thinking silly me. Got to the creek crossing again and had a lot of trouble finding to track on the other side. Eventually found it and got on my way again after loosing 45min. I felt deflated and cranky with myself for making such a stupid mistake but thought just keep moving what’s a few extra k’s. Was nice watching the moon set as I was heading towards Patonga Rd and daylight started to break. Got down to Pearl Beach and filled a bottle at the bubbler there. I also stopped at Ettalong to refill my water bottle. Was going slow by this stage but still moving. A lot of families out for walks in Boubbi and then about 2km from the finish there was a couple of groups of people stopped on the track as there was a snake there. I had my poles so I tried to move the snake on but it started going for the pole. By this stage I was aiming to break the 29hr mark and was trying to get the snake to move proved harder that though. Managed to get it to go and the others said Thank you and I was off again. As I got to the finish I noticed that Dave was there with my brother and a girl friend was also there. I hadn’t told people I was doing the course. Finished just over 29hrs.