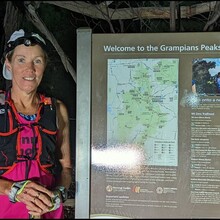 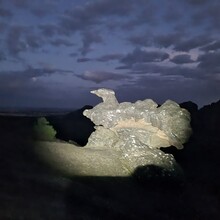 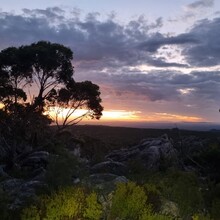 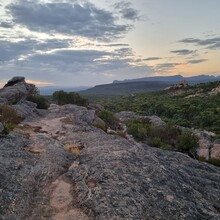 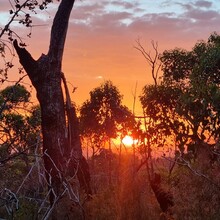 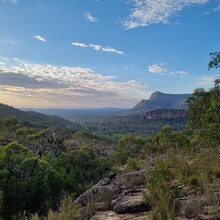 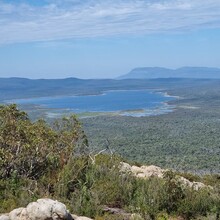 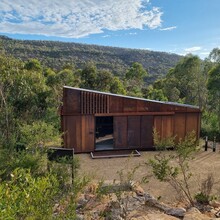 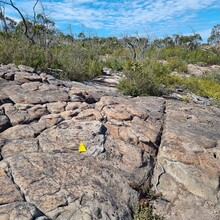 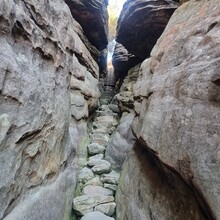 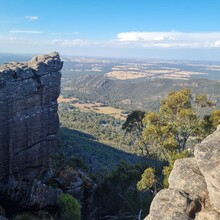 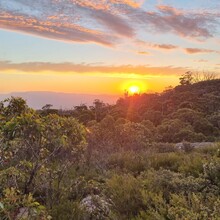 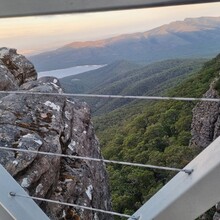 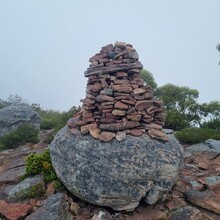 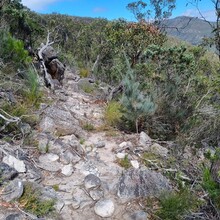 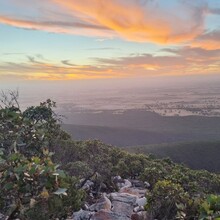 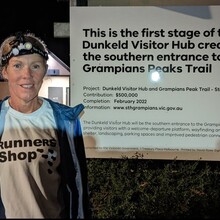 I started at Mt Zero Picnic ground just after 6am and it was straight into the first climb up Mt Stapylton. The sun was just starting to rise as I got to the top. Beautiful. Feeling pretty good at this stage. Dave was able to meet me at road crossings along the way so I was only carrying enough to last me that distance.

The track markers were great at intersections however most of the trail you are on big rock platforms or boulder hopping and the markings on the rocks were easily lost. As I was going up Mt Difficult I must have missed one of the markers and it cost me about 20min trying to get back on cause. All good back on cause and just need to take more care.

I got to the camp site at the top and there were 2 ranges there cleaning so had a chat and they said they have heard a lot of people saying about the poor marking on the rocks. Things were going pretty well at this stage.

Then as night came things got a little harder. The reflective markers  laying flat on the rock faces don't really show up with your head light until you are looking down on them. At about midnight I was going along thinking things were not that bad when I noticed a cairn and I thought that looks a lot like one I saw earlier  so I pulled my phone out and sure enough I had somehow spun myself around at one point while trying to find an arrow and gone back about 2km. I rang Dave to tell him I would be later than expected. Problem delt with and moved on.  I decided to turn my watch  into navigation mode. (I hadn't as it uses more battery) I find it hard navigating at night but just thought "just keep moving forward"  Then at around 5am after a very slow  night I had about 2km of road straight up of cause  then as I got on the trail the fog started to roll in making it hard to see the rocks  and the markings  but that's ok just take it easy it won't last forever  then the wind started to howl icy cold  that's ok I stopped and got my jacket out ok another problem solved  I was going through a place called the big dipper and (like the rest of the trail) very technical and rock hoping. This was hard with all the fog and icy wind but then it started to rain yay now we have wet rocks as well  now I have to be very careful as I was sliding down the rocks. I had a couple of falls so thought just slow down and get to Dave in one piece and try another pair of shoes , they might be better on the wet rocks. I was going along the top on Mt William and thinking nothing else can go wrong. Hahaha. Then there was some metal grates so I thought yes now I can run a bit  but some of the shrubs were so over grown they were blocking  them so had to just push past.

I descended the hill and actually had a bit of downhill fire trail (yay) and things seemed a lot drier down the bottom. I met Dave and didn't end up changing shoes. Off again, still cool but ok. It warmed up by 10am. The rest of the run/rock climb went along without too many problems. Lots of amazing views and had the place to myself. I kept moving a d during the daylight I was going ok. Feet are tender due to all the pounding on the rocks.

Some of the rock climbing sections were scary as you would be at the top of a mountain and it was straight down if you slipped. This would have to be the most technical trail I have ever ran  (not that there was much running).