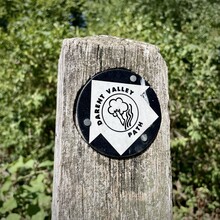 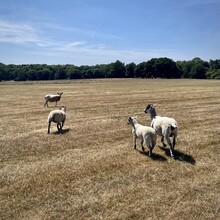 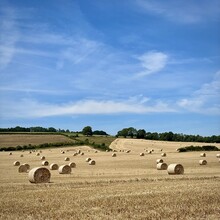 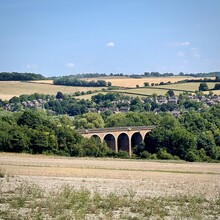 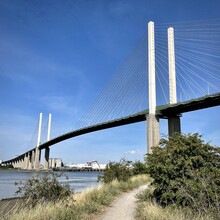 I ran the route from south to north. It was more practical that way, given I could start the route right after leaving the Sevenoaks train station from London, whereas there is no easy public transport access on the other end.

The route was easy to follow with the gpx, except before/in Dartford where the gpx shows a straight line whereas the route requires a few turns (I used Google Maps instead) and again a similar issue with the gpx near the end. I carried an hydration vest with food (2 bars) and fluids. The conditions underfoot were perfect for this time of the year, I can imagine it gets muddy and harder to run in winter.

After I finished I ran along the Thames Path and under the Dartford Bridge (see picture) for about 5km to catch the train back from Greenhithe Station to London.