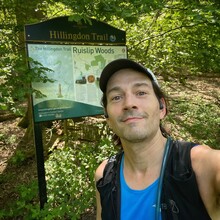 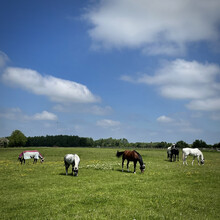 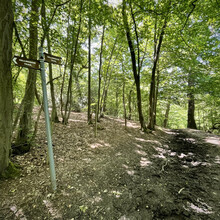 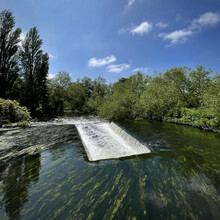 Beautiful trail route, across woodland, meadows and along the Grand Union Canal. There was surprisingly little road running (besides the canal towpath) despite still being within London. The first half (starting on the northern end) is hilly with wonderful views across the Colne Valley. The second half is relatively flat. I had read in previous reports the route could get muddy - it was still a little bit muddy despite recent dry weather, but was manageable. The path was overgrown in some places with nettles however. The path was relatively well marked, and I ended up relying less on the gpx than what I was expecting. I carried a hydration vest and used one gel.