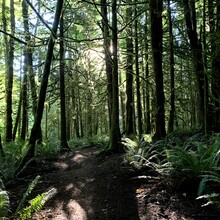 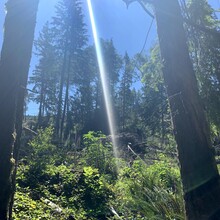 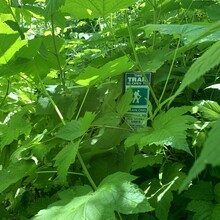 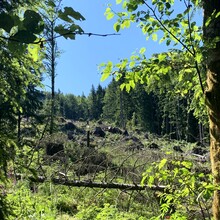 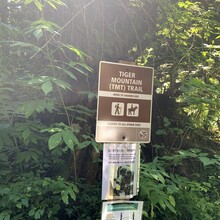 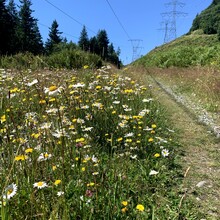 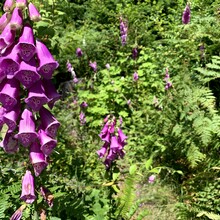 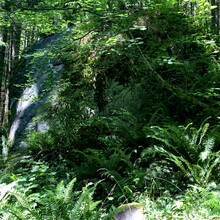 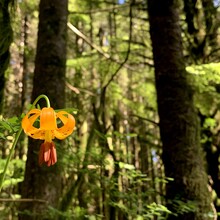 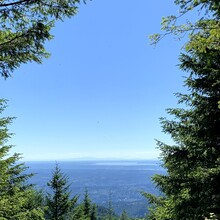 I ran the TMT from N to S, and then back again, to establish a women's time for the out-and-back FKT. I ran entirely unsupported; no companion for any portion, did not resupply with food, and only got water from creeks and runoffs along the trail. Following Ben Brown's lead from his FKT report, I started my watch from behind the rock at the High Point parking lot, touched both feet to pavement at the southern turnaround, and stopped watch at the rock back at High Point.

It was a rough day for me, and I quickly adjusted goals from "fast" to simply "first." I knew to expect overgrowth, but I didn't consider how much that would impact my motivation to keep going. Especially near the turnaround, when everything that has been traversed must now be done again. I spent extra time on the way out breaking branches to clear the way for my return, which was quite helpful. Even better, would have been to scout and trim a few days ahead of time. The trail was clear to mile 5, and then every drainage and creek crossing was overgrown until mile 11, followed by one last patch at the powerline crossing at mile 12. The overgrowth obscures everything from smooth trail, to rocky, muddy, rutted, or narrow trails with steep side drops. Be safe, anyone continuing attempts this summer.

GPS verification notes: watch (Strava link) was switched to UltraTrac mode around 9.5 hours. It was started and stopped as indicated above, so the time is correct, but did not register a final trackpoint at the end of the trail. I used Gaia as my backup, and forgot to stop it immediately at the end. It shows several minutes worth of trackpoints sitting in the parking lot having a nice breakdown after a too-long day and no calories for the last 2.5 hours.