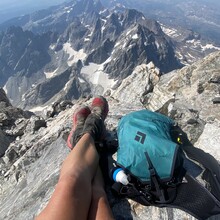 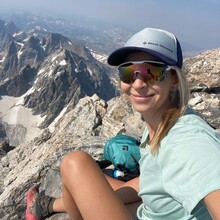 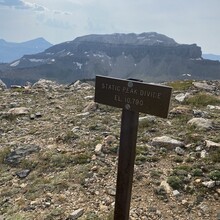 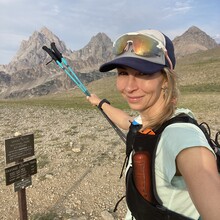 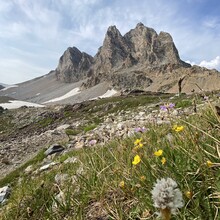 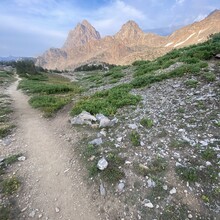 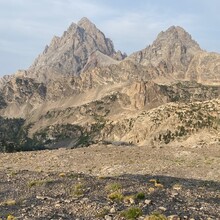 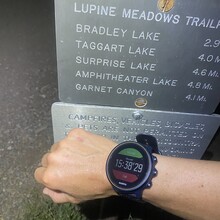 So happy to have finally completed this route. It's incredibly beautiful and tough in all the best ways. Soloing the Grand is certainly no joke and it's important for anyone  attempting the Up & Around to understand there is route finding, exposed 5th class climbing and potential for dangerous alpine weather conditions.

I started at Lupine Meadows at 6:50am on August 8th 2022. Pack felt heavier than I wanted because I chose to bring a micro puffy in case I became stuck on the Owen Spalding route behind guided parties as well as a rain jacket as the forecast called for potential storms in the afternoon. Ironically I didn't end up needing any extra layers the whole time. The potential to become stuck behind guided parties was also why I chose to start later in the morning to give them time to summit and avoid bottlenecks on the route. I felt really good on the ascent up the Grand. Summited in 3 hours and 34 minutes. There were a number of roped up parties on the Owen Spalding route but everyone allowed me to pass (thank you climbers!) and the weather was calm and beautiful. Spent a few minutes snacking on the summit before soloing back down the OS.

The run to Death Canyon was extremely warm (also the first real smokey day of the summer) and I was feeling the need for more salt than I brought. Soaked my hat and shirt in the creek in Death Canyon to cool off before climbing up towards Static Divide. The switchbacks were extra brutal in the heat and I stopped to drink at every single water source on the climb. I started feeling really nauseated so I slowed my pace a bit to help keep food and water down. I felt much better after I crested the divide and made my way to Hurricane Pass.

There was really beautiful light on the Grand and Middle as I made my way down into Cascade. I lost the light around 9pm and immediately started running into wildlife. After passing by a moose and bear I decided to walk a few miles in the denser sections of the forest so as to not startle any more animals. I starting running again once I was alongside Jenny Lake and continued at a jogging pace until the finish back at Lupine Meadows 15 hours 38 minutes and 29 seconds after starting.

Huge thank you to Luke Nelson for a such beautiful route in my home range and to Ryan Burke for inspiring me to give it a try after he completed it in 2020.