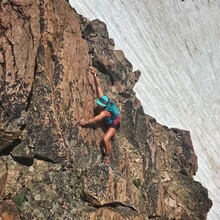 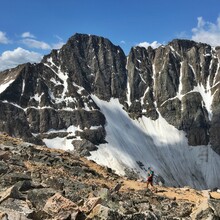 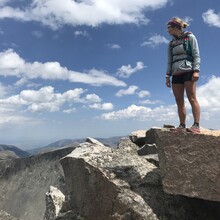 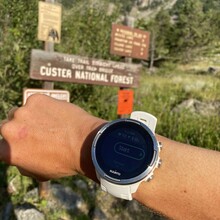 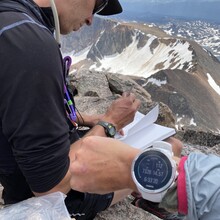 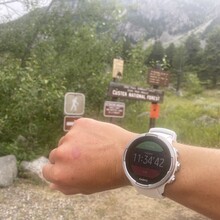 Granite Peak FKT attempt accompanied by Robin Hill (male). We chose to go Mystic Lake TH to the Phantom Creek switchbacks on trail rather than the GPX route listed on the Fastest Known Time site that cuts straight up a scree field aka Fish Creek. Our route did add on over 11miles and significant time however. We began at 7:27am 7/25, summited around 1:57pm, and finished around 7pm totaling 11:34:43 on my watch. We had an epic run in with a mountain goat near the summit which also cost us some time but added mega entertainment points so no complaints there. Hit a pretty big rain storm on our way back but also no complaints there. Right now there are no women’s time listed on the Mystic TH route, although the route we took on trail is fairly different from the Fish Creek scree field approach. Unsure whether or not that counts as the same route.