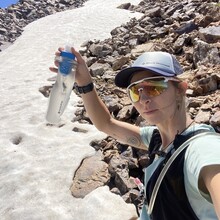 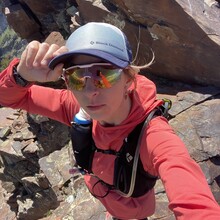 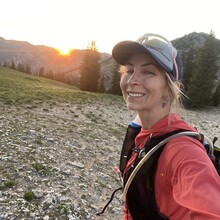 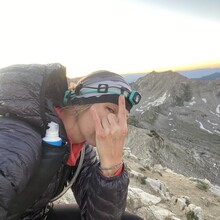 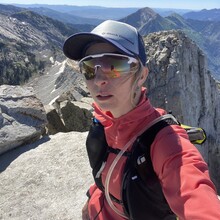 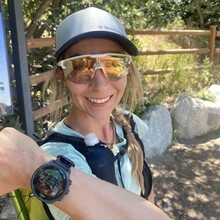 Had been wanting to attempt the WURL solo unsupported for a few years. Completed it the first time in 2018 at a slower pace (I was onsighting the middle third of the route), managed to nab the female FKT in 2019 solo but supported with pizza and one water cache at Cardiff Pass, and did it a third time with a friend in 2020 for fun. I knew if I went early enough in the summer I could use snow as a water source (in my own silly unsupported style I don't personally believe in using man made water sources so no Snowbird tram fountain for me) although it was quite challenging finding enough water. I started at 10:28am on July 7th 2022. Generally speaking I felt really good for the first 9 hours. I brought one 500ml flask with a filter and a 2.5L reservoir refilling the flask a few times along the ridge with snow patches but I became fairly dehydrated by the time I reached the Castle. The lack of water along with a gel that had gone bad caused me to become nauseated and I could hardly eat for the second half of the route. The snow locked up after nightfall and I did not anticipate how much harder it would be to melt along the way after dark and in the morning. I had to slow down to a crawl to keep from throwing up until sunrise. I reached Lone Peak at 10:05am on the next day and after finally rehydrating in Bells Canyon, finished at 2:08pm on July 8th 2022.