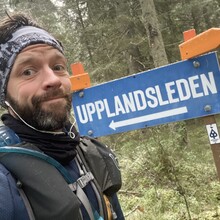 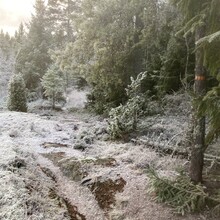 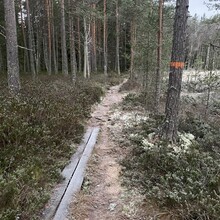 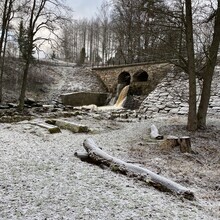 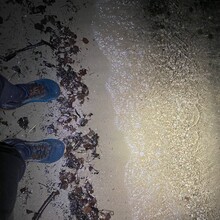 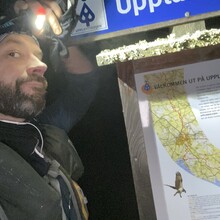 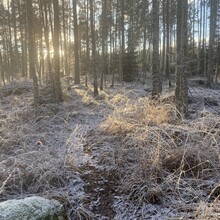 As a last adventure before the years end I looked on this route of Upplandsleden.
I planned for an unsupported attempt. This would also make it easier due to not that many places to restock with energy (if not leaving stashes before the attempt).

Equipment for unsupported attempt
I ran with a bigger bag to be able to bring everything I needed. Extra clothes (due to cold weather) and also a camelback (3 liters) that I mixed with Tailwind nutrition. I also brought enough Tailwind sport drink to be able to mix another 3 liters. I noticed that the route passed by a gasstation where there usually are a public watertap. So halfway I stopped by this watertap and mixed the second batch of Tailwind. I also brought some bars and recovery drinks in my backpack. The total weight of the backpack with the full camelback was around 7-8kg.

The run
I started around 08 AM from Siggefora. The place is pretty remote so my girlfriend dropped my off. The first parts of the trail was very beautiful during the morning hours with an icy landscape. After the first trail section there were a longer part that went on roads. The nice think with this trail is that it is a lot of variation, technical trails, remote roads, old historical places. The first half went as planned and the sport drink (Tailwind) was almost empty when I arrived to Enköping where I planned to do a water refill. Here I also prepped the light because there is not that many hours of daylight during this time of year in Sweden. After Enköping there were a lot more of technical trails. It took a little more time than I planned due to the darkness (and some snow) and to navigate on the trails. This section of the trail I want to relive during the daylight, looked very beautiful. Before reaching the last part there were a lot of running on the roads which were a bit tedious. When arriving at Härjarö I had consumed almost all of my energy so I had planned it pretty well. Running along the great lake of Mälaren was really nice, but also here it would be more magical in the daylight. When arriving at the end I met up with my girlfriend and a warm car. Really nice trip that I can recommend to both hikers and runners.