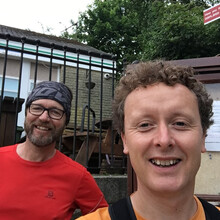 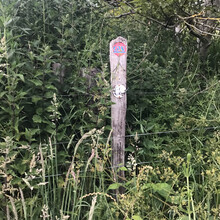 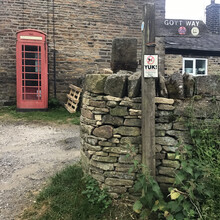 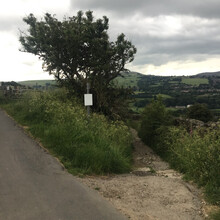 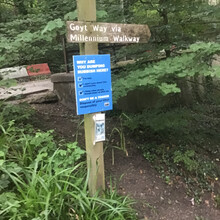 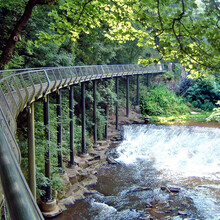 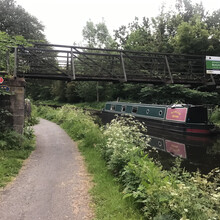 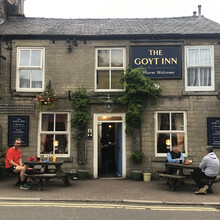 Some purists may be sniffy about the idea of Known Times on routes that are only ten miles long. Not me. Something that can be squeezed into an hour or two after work and that finishes at a pub sounds like a perfect evening out.

Bernard and I toed the line of the Goyt Way on a Friday evening where the temperature was mercifully a few degrees cooler than the recent heatwave (by British standards). We weren’t aiming to rinse ourselves, but nor did we want to leave behind a First Known Time that was too ploddy.

We started in Etherow Country Park, a mile or so North of the station in Marple, and followed the valley of the River Goyt for ten miles to Whaley Bridge. An easy start hugged the banks of the river around Brabyns Park before the first climb, up through Marple Locks alongside the Peak Forest Canal. After dropping back down to pass the Roman Lakes, the second climb takes you up to the highest point of the evening, with the reward of beautiful views. If your assault on the record has fallen short, this is the place to give up: it's a brief stagger from the welcoming Fox Inn back down the hill to Strines station. Heading down and through the Torrs into New Mills, we emerge back alongside the canal; the final couple of miles into Whaley are flat (good) and fast (bad).

There’s not much tarmac on the route, but nor is there much mud: only the section through Mousley Bottom into New Mills can get squelchy. B was happy in his road shoes, as was I in my trail.

With any routes, some choices need to be made. The one contentious choice was running over the wonderful Millenium Walkway in New Mills. The Goyt Way was designed before that bridge was built, hence the waymarks take you on a different route. But the fingerposts do point you over the bridge (see photos), so that’s the way we went. The Way starts somewhere in Etherow Park, and we fixed the official start as the notice board, by the caff and toilets. The Way finishes somewhere in Whaley Canal Basin, but we added an extra minute and continued over the old bridge to the appropriately named Goyt Inn, because all good routes finish at a good pub.