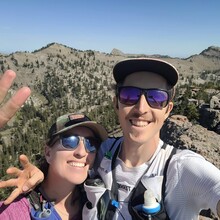 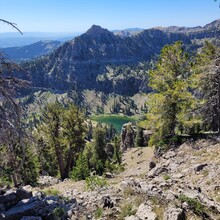 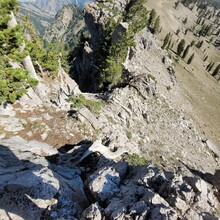 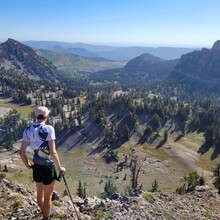 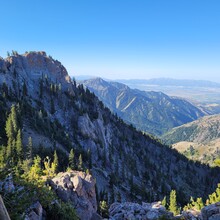 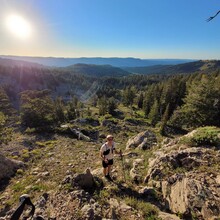 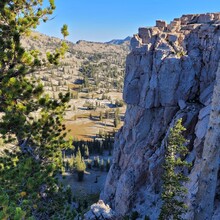 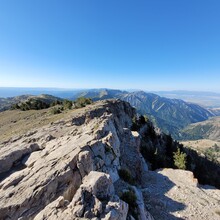 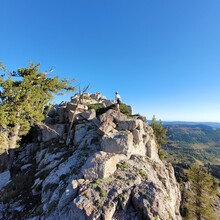 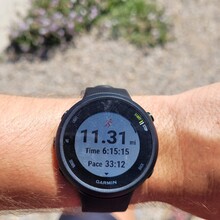 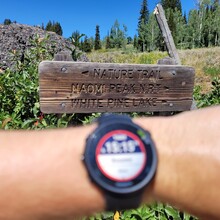 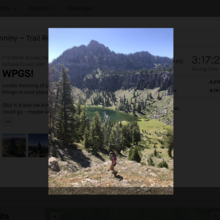 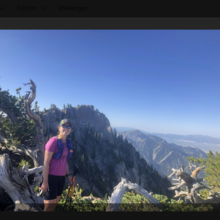 My partner and I set out on September 4th, 2022 to run the White Pine Grand Slam in our backyard mountain range, the Bear Rivers. Though we've done many of the trails and some off trail adventures in the area, we had never connected these four high points in this way! We started later than we wanted (around 7:15 am), as a heat wave through Utah was predicted that day. We both brought about a liter and a half of water to get us about 8 miles, mostly off-trail, to White Pine Lake. That ended up being a mistake, and we should have brought more. I set the pace the whole way, as this was "my" run. Though somewhat predicted by the topo and our knowledge of the area, there was a lot less running than anticipated. The Bear Rivers are steep, rocky, and cliffy! We spent one mile sidehilling ball-bearing scree, and it took us a little over an hour. We also spent a decent amount of time backtracking small sections when we would get cliffed-out. All that aside, this is a GORGEOUS route, and we were constantly exclaiming over the beauty of the area and the different angles to familiar mountains we were seeing. When we finally completed the off-trail portion and got to White Pine Lake, we took a quick dunk to celebrate the beginning of trail running (and it was pretty hot at that point...). Aside from being dehydrated, I was in good spirits in the end. This is definitely a route that I think would go faster having done it once (and perhaps skipping the cool-off dunk :) ), I am supremely impressed, though, by the men's fkt! Seeing this route on the ground makes it all the more impressive.