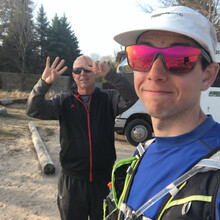 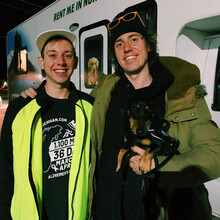 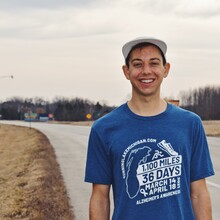 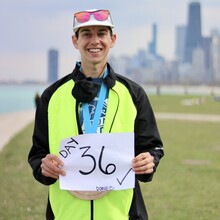 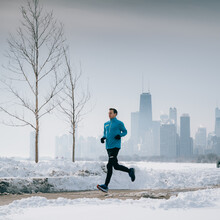 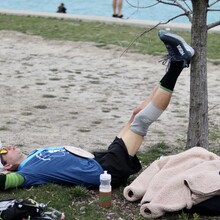 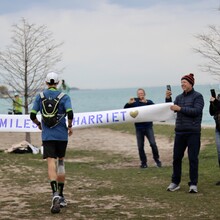 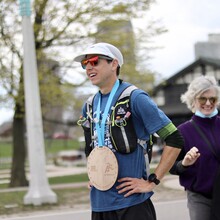 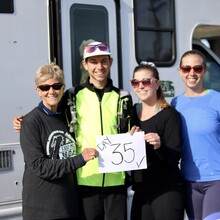 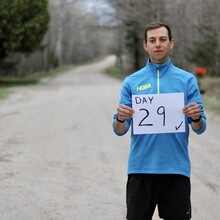 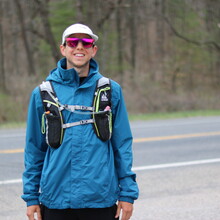 Starting March 14, 2021 at 10:09am, I set out from the lakefront path in Chicago (at a restaurant called Theater on the Lake) and headed north to begin my 1,104+ mile run around Lake Michigan. I set out to complete this run in 36 days. This means I would need to average right around 31 miles a day.

My planned route was not the most economical route in any fashion. I went deep into the Door County peninsula in Wisconsin as well as the Leelanau Peninsula in Michigan instead of cutting those off. I did this mainly for sightseeing purposes, better roads, and to add more miles to my challenge.

Throughout the run, I had at least one person with me acting as the support crew and RV driver. We used the RV every day for preparing food and meals, hydration, rest stops, bathroom breaks, sleeping, and essentially everything else you would need over 36 days.

The first ten days of the run were brutal. Almost every single day was harder than the last. I was tested physically and mentally like I've never been before.

I had an extremely swollen left ankle from days 4-8 along with intense right knee pain (mainly caused by overall tightness in the right quad/hip). Both of these combined to make it extremely difficult to walk, let alone run, during some of these early days.

I took an emergency rest day on day 7 and had two days where I had to stop early due to physical pain. This put me behind my original schedule by a full two days and about 62.4 miles.

Finally by day 11 I reached a turning point and was able to run for the majority of the day. I felt my body had finally adapted to the huge days. Some pain persisted throughout the next few days and the rest of the run, but not nearly as severe as early on.

For the remainder of the time I was able to run majority of days at a marginally faster pace. I felt stronger and stronger each day and felt more comfortable pushing my pace and mileage.

Towards the end, I decided I wanted to try to make up the miles from the early rest/half days early on. For 8 days, I did closer to 38-40 miles a day in order to get back on schedule and complete the run in the originally planned 36 days.

On April 18, 2021 at 3:35pm I returned to the same spot I left from on March 14 to successfully complete the run around Lake Michigan.

You can learn more about the run and fundraiser at https://www.runninglakemichigan.com