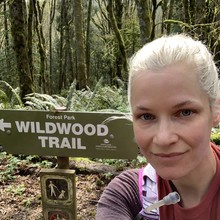 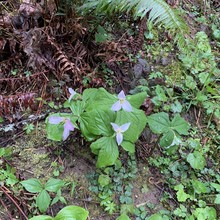 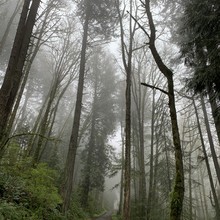 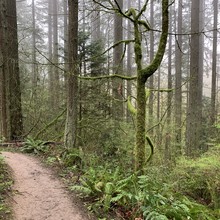 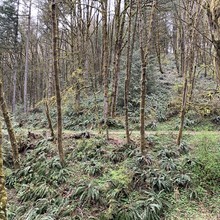 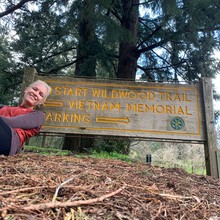 I'm happy to report that my Wildwood out-and-back run went well! I began at 5:00am from the sign by the Veteran's Memorial parking lot, up to the north end trailhead on Newberry, and finished back at the south end at 4:53pm with a time of 11:53:43.

This was my longest unsupported run (carrying all my food and water) by far; the previous being the ~40 mile Timberline Trail around Mt. Hood last summer. Overall it was pretty smooth sailing. I took one teeny wrong turn near the beginning but corrected it by turning around and picking back up where I left off. About two miles in, when it was still dark, in I came face to face with a beautiful owl perched on a footbridge just a few feet in front of me. I had never been that up close to an owl before. I felt like I was really taking my time in the first half and the miles just flew by. I reached the north trailhead in 5:53 and change. On the way back south, I rarely stopped at all and really felt like I was hoofing it, so was surprised when it took me about six minutes longer than the first half in 5:59. My feet and knees were pretty achey in the second half, I think from the additional impact from carrying more stuff than I usually do. I was pretty focused in the last 8 miles, and felt motivated to finish in under 12 hours, so I felt good about the final push at the end, even with all the climbing. There were some other people out on the trail, but everyone (including me) was pretty good about giving each other a lot of space. Since it's a single track trail, that usually meant one person climbing a step or two up the hill/embankment to one side. Overall the conditions were pretty good. Cool, sometimes rainy, sometimes sunny. I'd say about 1/5th of the trail was muddy/sloppy so I took my time through those parts. Not a bad way to spend the day!