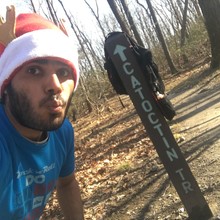 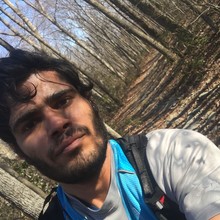 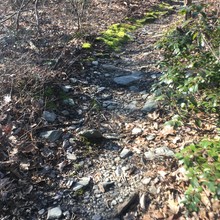 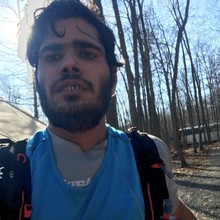 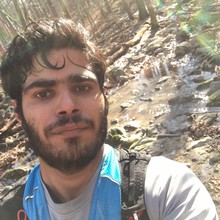 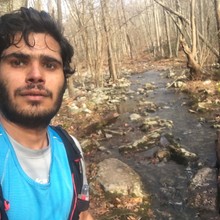 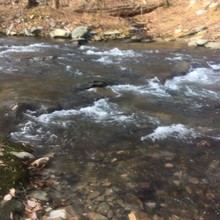 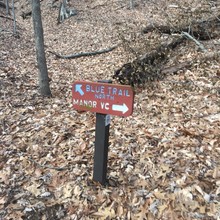 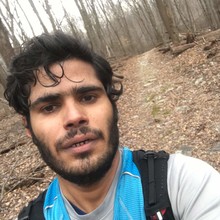 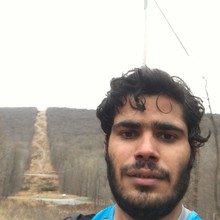 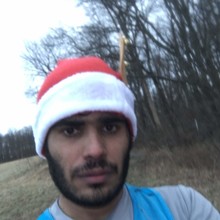 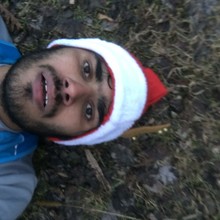 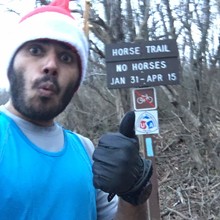 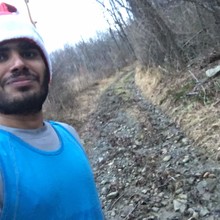 As required, I gave advance intimation. I posted my live tracking activity on my twitter account. I started at 11:01 AM on Sunday December 23, 2018 South to North from Gambrill State Park trailhead. Several creeks were running very fast and one was very tough to cross. At many placed trail was super muddy after all the rain few days before. I ran strong until mile 15+ after that struggle was real. I wanted to do it sub 5hr.

I want to have babies with Trail running. Last 10 miles tiring. Felt dizzy during last ten miles due to low calories. It was a bad idea after yesterday’s hard workout. I decided to give it a try on my experience of 15 miles of it without studying rest 11 +miles for which I had to pay the price. I wanted to finish it under 5hours which was perfectly on until 15+miles.

About the trail: The Catoctin National Recreation Trail runs 26.6 miles along the eastern-most ridge of the Blue Ridge Mountains in Frederick County, Maryland
The north trailhead is in Catoctin Mountatin Park and lies within three miles of the Appalachian National Scenic Trail. Along its route the trail crosses a State Scenic Byway and parallels the Catoctin Mountain National Scenic Byway. There are historic districts (Camp Greentop and Camp Misty Mount) as well as historic and prehistoric archeological resources along the trail, including Indian flint napping sites and Colonial era charcoal hearths. In addition to skirting several lakes, the trail also accessess numerous scenic vistas with views of the Monocacy River Valley.

After crossing Catoctin Mountain Park the trail passes through Cunningham Falls State Park, Gambrill State Park and two municipal watersheds while traversing the eastern most ridge of the Blue Ridge Mountains in Maryland. The south trailhead is at Gambrill State Park.

Portions of this trail were originally designed and constructed by the Works Progress Administration and the Civilian Conservation Corps in the 1930's. The Catoctin National Recreation Trail provides recreation to the towns of Thurmont and Smithsburg on the north and Frederick, MD on the south in addition to serving over three million visitors per year from the Washington and Baltimore metropolitan area.