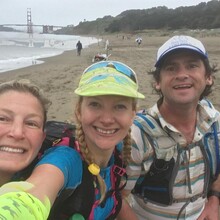 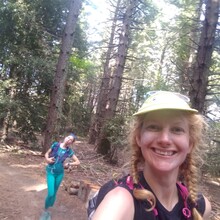 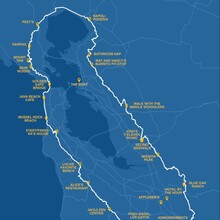 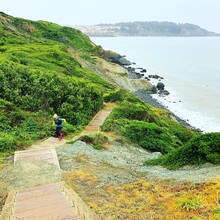 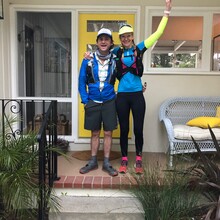 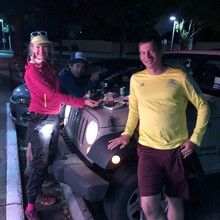 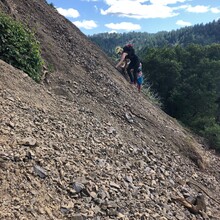 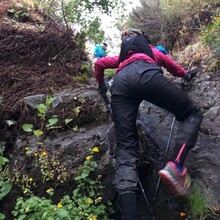 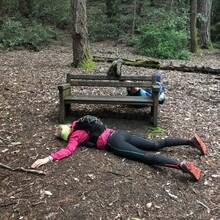 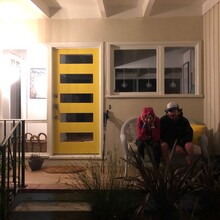 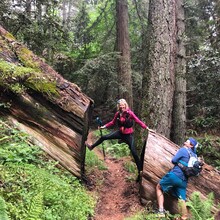 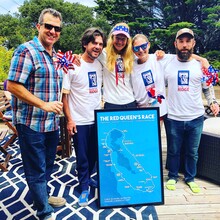 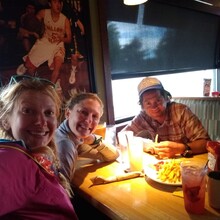 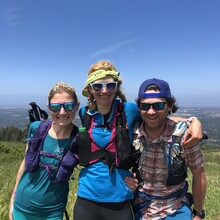 ”A couple years ago I decided I wanted to “run” the trails that surround the SF BAY in one continuous effort only stopping to eat and sleep.  While doing scouting runs and creating my route with the maps and satellite images on Google Maps I came across the Bay Area Ridge Trail website.  The maps on the website were an extremely helpful resource.  They were particularly helpful in deciding how to navigate problematic route-gaps that passed through private land, or passed through areas that had no blazed trail.  Essentially, determining what I felt should be right of way easements between public land.

Through the process of putting together the route and the 8-day journey it took me to get around I developed a keen fondness for the land and trails that surround the SF Bay. It should go without saying, but the ribbon of undeveloped public land that encompasses the San Francisco Bay is invaluable.  I also became acutely aware of many frustrations and obstacles that block access to these trails.  Access that I feel is crucial for increasing everyone's awareness and appreciation for the finite amount of undeveloped land that is left around the Bay Area.

In the moment of the journey most of the obstacles to trail access I overcame by simply talking with strangers or climbing over gates.  However, I want to do what I can to permanently remove these barriers (physical and legal), and is why I’d like to donate through my employer’s match program to the Bay Area Ridge Trail.  Thinking through my experiences I can generalize 3 obstacles to access that I encountered. I'd greatly appreciate a  brief response as to how the council intends to use my donation especially in light of the concerns I bring up below.

#1.   Legal access for individuals on public land that is closed to the public. What I like to refer to as “closed-open spaces”.

-On land managed by the Midpeninsula Regional Open Space District I received a $300 ticket for simply jogging down the same dirt road a ranger was driving his truck on.

-On land managed by the California Department of Fish and Wildlife I was told by a game warden sitting in his truck that, “We can do this the easy way, or we can do this the hard way.”  Influenced by the multiple guns in clear view I politely told him I was leaving now and made a B-line for the closest fence to jump.

#2.  Legal access to “thru-hikers” on public land that is restricted to the public when it is dark outside.

-While passing through a parking lot of a regional park one evening I had a ranger come chase me down the path with his blue lights on.  He told me to go back to my car.  It didn’t help when I told him that to do that I had to keep going in the same direction down the path.

-On a ridge in the east bay I walked upon a ranch hand sitting in his truck.  Despite a 20 min conversation while petting his dog he still insisted that I, “go back the way I came from”. I walked back down the road till I was out of site and then proceeded to bushwack into the next regional park.

-I walked upon one landowner that was locking his gate behind him and he ensured me it was fine to climb over his gat and walk through his property as long as I wasn’t hunting or camping.  He also agreed with me that this was “probably” the attitude of most land owners he personally knew in the area.

-I did have at least one person yell at me from across a field as I climbed a gate.  I figured by the time he went to get in his truck, unlocked the gate and came to talk to me the path I was on would be back within public land.

One of the few constants during the week I completed the circumnavigation route was seeing the blue “Bay Area Ridge Trail” trail markers.  Every time I saw one I got a little burst of energy and felt a special connection to everyone that shares the vision of a Bay Area ridge trail.

Thank you for all the work in making and maintaining these trails.”