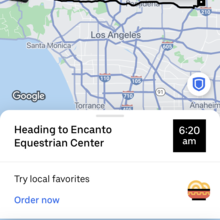 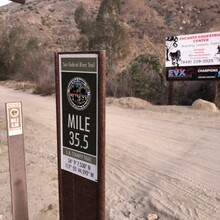 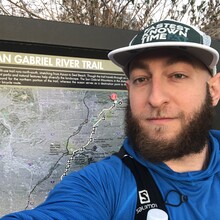 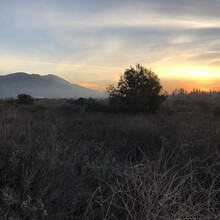 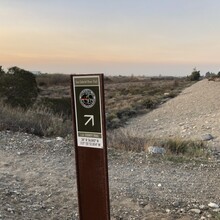 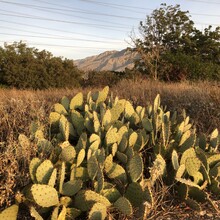 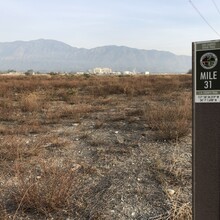 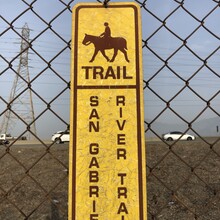 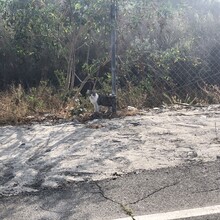 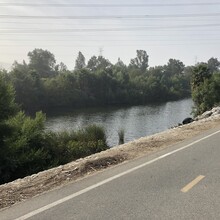 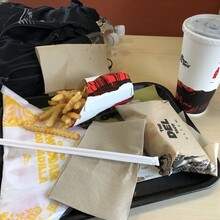 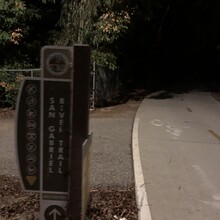 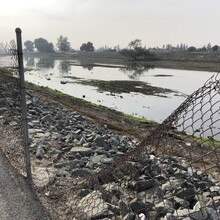 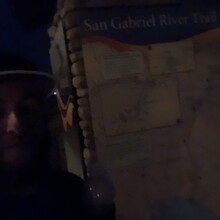 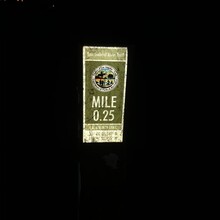 Oh man, what a day. I got it in my head recently that my thought of waiting years and years until I'm way faster before attempting cool projects like this is a bit silly, and that this -is- exactly how I build experience to do the much harder, much cooler, and much faster things I have my eye on. I decided on the San Gabriel River Trail because it's one of the only official ultra-distance trails in all of Los Angeles county, which is where I was born and raised, and have returned to for the past few years.

My alarm went off at 4:30am and I prepared myself for a grueling day. I grabbed an Uber to the start where I was greeted by a coyote walking around the otherwise empty trailhead. The start has a big map of the trail and it's a bit daunting to see how long the route stretches from the foothills of the national forest below 10,000 ft mountains all the way through the entire county down to the ocean. I took a picture with the starting sign and tapped the 35.5 mile marker (marked for the reverse direction from the beach) and set off across the street and down into the trail below the road at 6:26am.

Eventually the trail becomes a bit tricky in that a few of the original tunnels are completely barricaded and inaccessible, but the minor re-routes are mostly simple due to the neighboring San Gabriel River Bike Path which weaves in and out of connecting to the trail itself. I had the overall FKT GPX with me as a guide if I was ever in doubt, but the SGRT signs are abundant for most of the day. For some early sections, the SGRT is essentially just a dirt shoulder to the proper bike path, where you see 100% of typical travelers. I made sure to stay on the official trail for all accessible sections of it, which included crossing through a flooded tunnel early on to start my day soaking wet! It is certainly a strange trail with the way that it connects and disconnects from the bike path, as well as other oddities like connecting essentially into the unfenced backyard of horse ranches. You'll see some chickens running around on trail through some sections! I had a nasty encounter with 3 angry dogs from another neighboring property - they broke through some fencing and chased me down on the trail itself, backing me up against a small ravine. I had to scream, kick rocks/dirt, and swing big rocks to create distance while they tried to bite me. Luckily a little adrenaline rush was all I left with and continued on without issues!

Continuing on, my phone became defective and shorted out when trying to play music. I lost dozens of battery % in literal seconds as I watched it tank from near full to 20% for no reason in particular. I had chosen self-supported style for this specifically because of the close proximity to food stops along the way, so I opted to get off trail earlier than planned and find a place to eat and charge. About a dozen stops later, I finally found somewhere that actually had somewhere to plug in! Note to self: always bring a full lightweight portable battery (as I always do...except today!) rather than "knowing for sure" you could just plug in at the closest McDonalds right next to the trail :) At this point I also figured out that I'm a bit of an idiot, and had set up my brand new (literally just out of the box the day before) COROS Vertix 2 incorrectly to just navigate me forward rather than from within a workout mode, and thus not create the GPX I thought I was. Luckily I had been recording a backup on my phone too, so during my food stop, I ended that navigation to save online, and made sure I did actually start to record on my watch instead of the second part. I submitted these two separate GPX files from my phone and watch respectively, and then used a tool to combine into one Strava file for the upload online.

The rest of the day went mostly without incident and the trail got considerably easier to navigate once it stopped branching way out from the bike path and eventually merged with it officially for the remainder of the trail down into the beach. One more quick food stop at Del Taco was a nice luxury to keep my carried supplies near-nothing all the way, while picking up some snacks at a gas station as well. Water was easy to come by thanks to being self-supported, which was great because I only spotted one single public fountain on the actual trail the entire day, though in the final stretch there was at least one more option I spotted just slightly off trail in a neighboring parking lot. Being able to just grab some bottles at the store in 30 seconds after a food stop was amazing. I eventually made it all the way down to the beach and tapped the final San Gabriel River Trail sign before the path ends and turns into sand directly leading into the ocean. I couldn't spot an actual mile 0.0 sign anywhere which was a bit annoying since it had been counting down since 35.5 all day long. I went backwards to see if I had missed it, and only found a 0.25 mile sign to take a picture of, and that was it. I suppose the big final sign where the path dead ends is good enough! I took a quick walk forward past the end point into the sand toward the ocean just to squeeze out a little extra bit. My dad was thankfully waiting at the parking lot to meet me after I took my victory picture with the sign to save me another long Uber ride.

12:53:49 was the final time! My longest point-to-point distance ever (as opposed to just doing multiple laps of short areas like usual) by quite an absurd amount, and an A+ adventure all around.