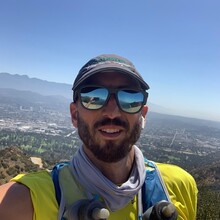 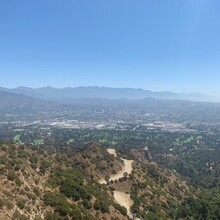 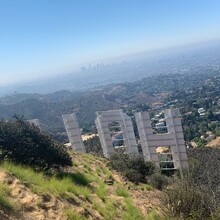 Every time I do this route I like it more.  I’ve been running at Griffith on lunch breaks for a couple of years, and know the north side of the park pretty well.  This loop is great because it takes you to the major highlights of the Hollywood Sign and Mt. Hollywood overlook.  Even though you hit these two popular sites, the route minimizes time on the more crowded trails, opting for more interesting dirt and single track.  To be clear, the single track off the Oak Canyon Trail is a little sketchy, and the Mt. Chapel cut through is a little hard to find, but overall it is a very enjoyable path.  Kudos to Chris Stahl for his selections and for the description in the original post.

I had a failed attempt a couple weeks ago on a hot day when I got a late start.  While disappointing at the time, it was a great “dry run” to pin down the directions and get familiar with the route.  The key to this FKT is not getting lost or spending too much time route-finding.  You’ll also want to get an early start as some of the areas get crowded and there isn’t too much shade on the back half (really from the Mulholland Trail to the end).

Photos are from the failed attempt.