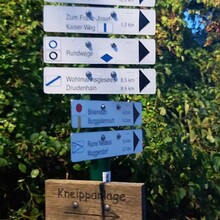 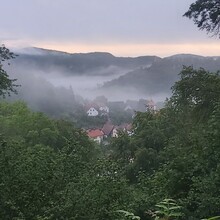 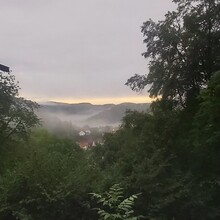 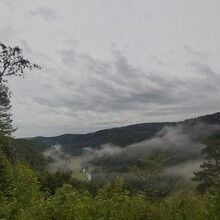 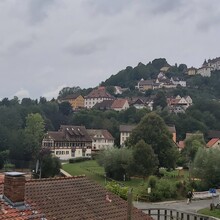 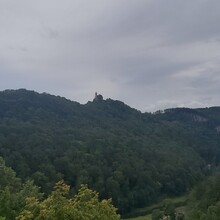 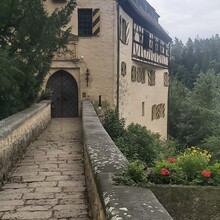 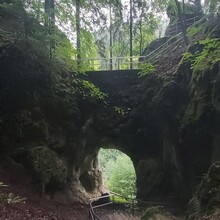 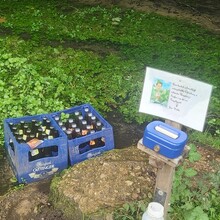 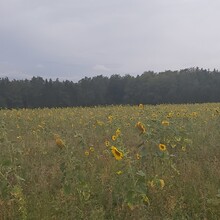 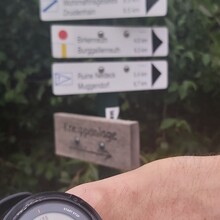 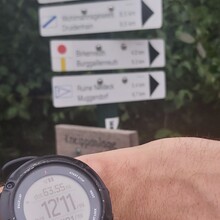 Good day out.  Started early 6am and just about managed to complete course before sunset.

Started in Ebermannstadt which means the first 10miles (15k) to Muggendorf super tough.  After that route becomes a bit easier with less drastic ups and downs!  All well-trodden (with exception of a few sections before Ebermannstadt).

Used breadcrumb mapping so took a few wrong turns where route forked and markings (which were pretty good throughout) wasn’t clear - so had to double back ~10times (although only after max 100m of running wrong way.

Found the route difficult to follow on the climb out of Muggendorf but otherwise easy enough.

Took all food with me (mainly brioche and muesli bars with some Haribo for final 20miles (30k)).  Had expected to have to stop in shops/biergartens a few times for water but managed to hold out until Egloffstein at 53miles (85k) until finding a petrol station for final top up of water.

Found water at the following places: