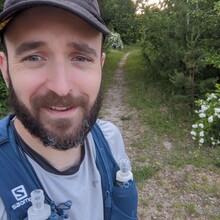 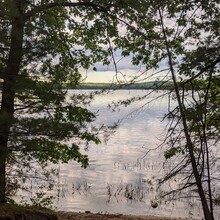 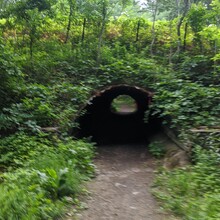 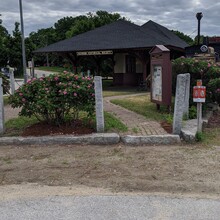 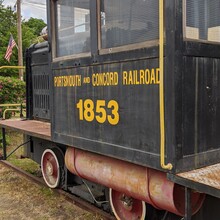 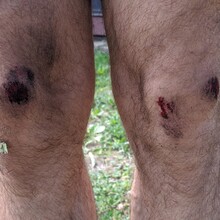 My run started at 6:30 AM on June 14 at the small lot off of Tarrytown Rd in Manchester (adjacent to the Rite Aid pharmacy), there is a clear trail but no official sign. The first mile of the trail was the least scenic, with some parking lot running in between dirt trails, but it soon opened up to a wide rail trail. It was easy to keep a good pace (minus a full fledge “superman” over a root at mile 3). The maps online says there is an ever so slight uphill until mile 9 (and a couple short steep gravel/sand climbs to tunnels that go under highways), then the route descends the rest of the way to Newfield, but it is hard to notice on the long rail trail.

The weather was perfect. Low 50s Fahrenheit for the first half, and warming to low 70s with cloud cover by the end. I ran with a hydration vest, and had two 500ml softflasks filled with tailwind. I brought a filter, just in case I ran out along the way, but I did not use it. I also carried a few clif blocks, but didn’t end up eating them). I recorded the run on my GPS watch, starting it just as I began at Tarrytown Rd and stopping it when I touched the gate in Newfields.

I felt great until mile 24, and then my legs lost some steam. The stopping and starting at road crossings were much rougher by the time I crossed RT 125 in Epping, and the “green tunnel” was less forgiving from the sun as it warmed up. I managed to hang on for a 7:47 pace average by the time I touched the gate at the end (3 hrs, 39 minutes total time).

I was surprised that there wasn’t a FKT for this route yet, since it is a well known route to train for some local flat 100 milers. When plugging the route into strava, my effort was the fastest recorded, and I couldn’t find anything faster with google searches. I felt today’s run was a strong effort, and worth submitting for an FKT, but I know there are some local legends who could take it faster, so I’m hoping now that the route is up it will get some more attempts.