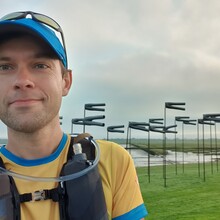 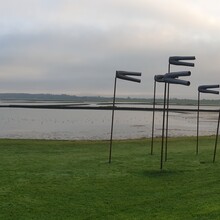 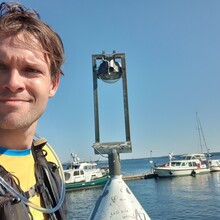 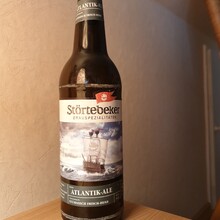 I started my run after a 40 minute bike ride to get to the starting point on a cloudy late summer morning during our summer holiday at the North Sea. In the beginning the conditions were quite good: cloudy sky and not too hot. But after 2 hours the clouds disappeared and the heat came upon me,  especially in the many sections without any shadow. I took 4,5 liters of fluids (water and sport drinks) with me (which was not enough for the heat) and also gels and bars.

The route was nice, except some sections around Ipernstedt in the first third, where the route follows a district road where you have to share the road with cars driving 80 km/h.

On the last 10K fatigue set in, fluids ran out and some cramping began. I had to dig deep to make it in time to the harbor of Eckernförde. Finally I enjoyed cooling down my body in the Baltic Sea.