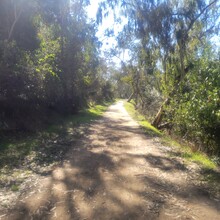 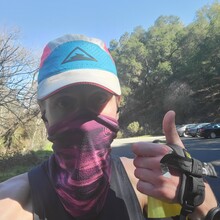 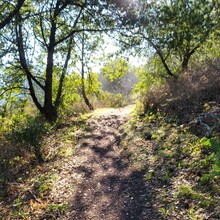 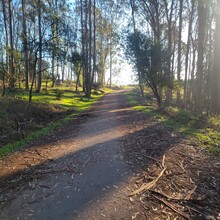 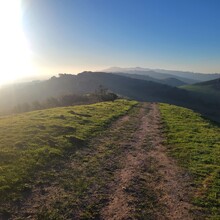 Second try was the charm. New route info and track was very helpful compared to my first try a month ago - it also helped to know the course a little better, as following the guide before was daunting for someone new to the area. Two very small "oh wait this isn't the right path" errors probably adding up to less than a minute, a few times retying my right shoe, and a few slowdowns to let people past - other than that, no stops.

6 gels portioned out over the whole thing, and a handbottle of maurten 320 that I did not refill with water. Had to walk to the BART to get back home after the run. Was going to run it, and I unpaused my garmin shortly after the finish line but decided to walk and stopped it there. Added both my coros and garmin GPX tracks so my route can be checked as there was some drift in each at various points. I am pretty sure it's exactly the stated route, but someone should flag this if there's an egregious error that I missed.

I think this time can be taken down a lot further by someone at my fitness or near it, but I'm fatigued, and I'm not taking downtime after this. Still a very solid effort that I'm proud of completing, but I hope and expect it to fall sooner than later. Which is great. Everyone who can should run this route. Gorgeous, and so much fun.