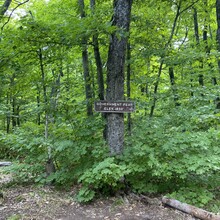 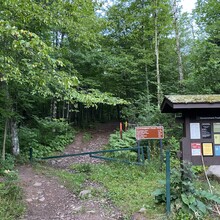 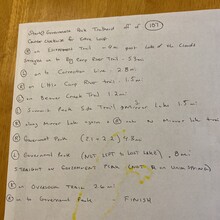 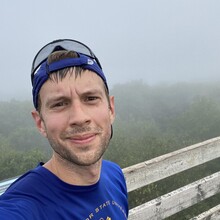 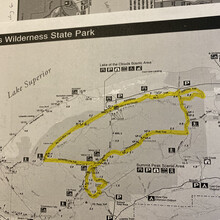 I used the same route and direction as the previous  FKT’s for this loop. Starting at Goverment Peak trailhead heading out on the Escarpment Trail and around to mirror lake via big carp river trail and correction line, then the summit peak loop and then back on government peak and overlook loops. There are 4 major climbs: right away up Cuyahoga peak, then later up Summit peak, then Goverment peak, then finally the Overlook loop (the toughest in my opinion due to it’s spot in the loop). I did stop for a photo on top of the fire tower on summit peak.

The trail was relatively dry for the porkies and, even though it was quite humid, the temp stayed pretty low for early August. I did see a few hikers but not too many. Bugs were not an issue and we started shortly after 6ish, so head lamps were not needed for visibility. The conditions were close to ideal.

I feel pretty good through the halfway point but the last 6-7 miles was a mental game, especially the last bit up and down that Overlook Trail. The down was worse than the up, being quite steep. Both up and down had me power hiking rather than running due to fatigue and caution at that point. That is a fairly technical and gnarly way to finish a run.

A friend who wanted to complete the loop did run with me for the first 10 miles but turned back early due to fatigue. He was not there for pacing and he did not carry anything for me. I carried 1.5L of electrolyte drink and had 3 energy gels and 1 pack of energy chews. I ended up drinking and eating all of it, just running out of water going up the overlook trail.

Unfortunately my GPS map shows the run stopping early, down government peak trail before the overlook loop. The distance, time, pace, and elevation profile are all accurate, and I obviously didn’t stop and stay out in the woods by, despite the waterfall there being quite lovely. The elevation profile can be checked to ensure that the loop was completed as it should be.