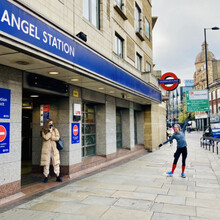 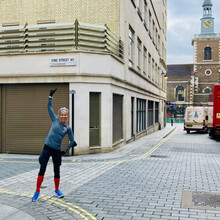 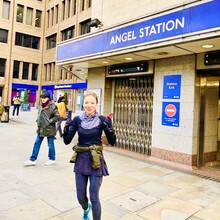 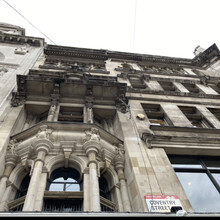 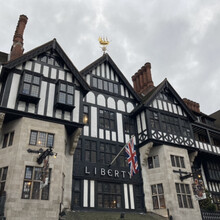 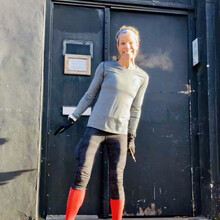 A few days back, I was listening to the FKT podcast, Episode 112 - Allison and Ben.

In it, I heard that there was an "unbelievable new FKT in London - Monopoly Board!", then Allison Mercer (with whom I exchanged some emails few weeks ago) mentioned "Jubilee.."

Yes, she mentioned our conversation!

Yes, urban London FKT scene is hot :) There are skyscrapers, panels and statues, grey and other vivd colours, wavy roads and bike lanes, birds and things and flowers! instead of bees ;) green hues, brown or silver vegetation and red terrain, unknown trail paths left by somebody.

I created GPX file the night before, wearing it on our wrists. Kelly and I smiled to each other, imagining our adventure ahead in the crisp morning air.

Since we were attracted by going through the route as fast as we could once again, we planned the game board to be as small of a perimeter as possible. No resupply with food and water. Matcha latte to celebrate at the finish!

It was so much fun! We also enjoy a slight elevation gain after King's Cross to the finish at Angel tube station, no jail this time! Now feeling like we played Monopoly.

Here is the chronological order of London Monopoly Board.

1. OLD KENT ROAD (The only location south of The Thames)