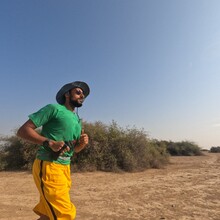 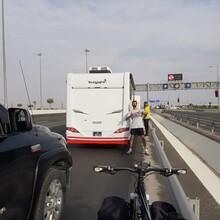 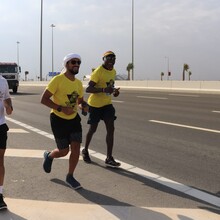 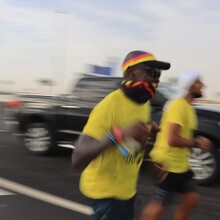 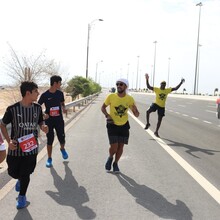 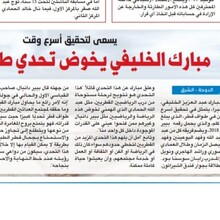 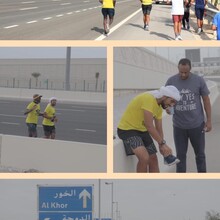 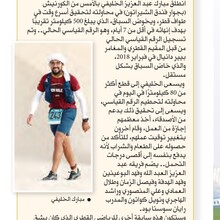 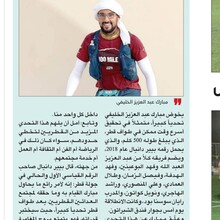 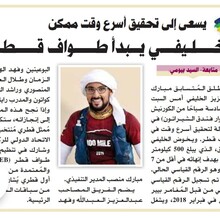 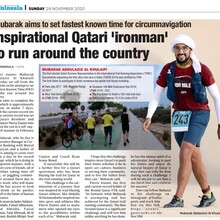 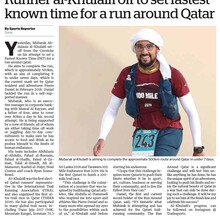 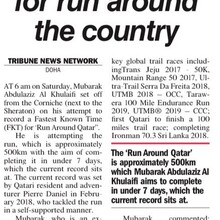 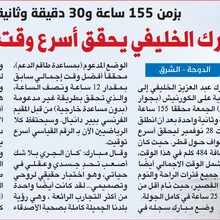 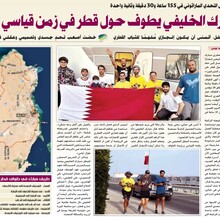 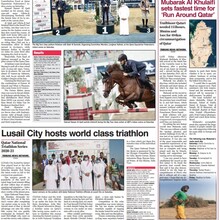 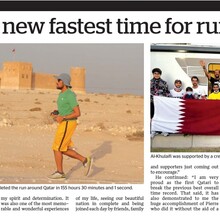 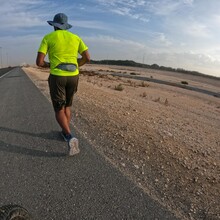 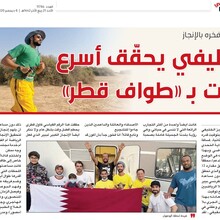 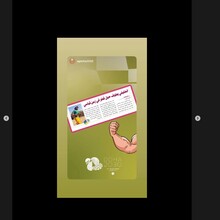 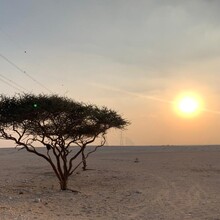 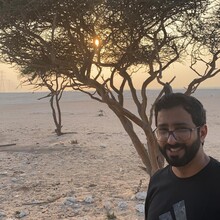 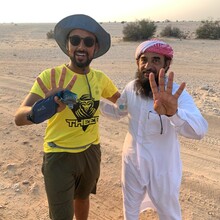 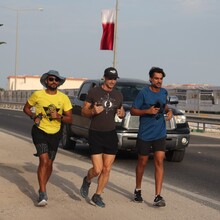 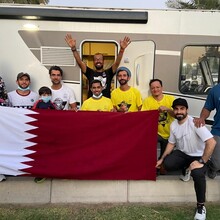 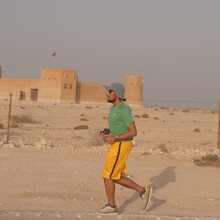 * Please note the route is slightly different from Pierre's self supported record, as parts of the route have been fenced off now and are inaccessible private land now. Hence the variation at bottom of country. As such, this run is not directly comparable to Pierre's, and I don't want to take anything away from Pierre.

Admin Note:  According to the GPX tracks, Pierre's run was approx. 488km and Mubarak's was 485km.  Due to the private property issue future runners may want to follow Mubarak's route.

On Friday December 4th, in the late afternoon Mubarak Abdulaziz Al Khulaifi arrived at the finish line on the Corniche (next to the Sheraton), 155 hours 30 minutes and 1 second after having set off on Saturday November 28th to set a Fastest Known Time (FKT) overall time for the run around Qatar.  Mubarak ran 484km in this time, which also included all breaks and short sleeps, of which he slept less than 25 hours in total.

On setting the new fastest overall time Mubarak comments “The run was without a doubt the hardest physical and mental challenge of my life, a true test of my spirit and determination. It was also one of the most memorable and wonderful experiences of my life, seeing our beautiful nation in complete and being joined each day by friends, family and supporters just coming out to encourage.”

He continues “I am very proud to have established the record as the first Qatari to do break the previous best overall time, that said it has also demonstrated to me the huge accomplishment of Pierre who did it without aid of a support crew. I hope that my accomplishment inspires more Qatari’s to push their limits whether it be in sport, art, culture, business or serving their community, and to live the fullest lives they can.”

He concludes “I would like to give special thanks to my support crew, their aid and assistance was truly inspirational and the moments we shared will be memories I treasure for all my days.”

Mubarak’s accomplishment also captured the imaginations of people outside Qatar, with supporters following his route daily in Europe and the UK.