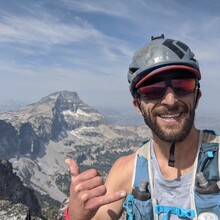 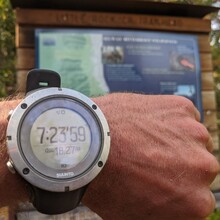 After several years of doing a variation of this that skips the Lonesome Bachelor (because I wasn't confident enough in my climbing skill to tackle the class 4 on it), I finally strung together all five peaks in this route in an effort I'm proud of. I did this unsupported, and saw a couple other parties throughout the day, but for the most part I had the mountains to myself.

There's usually a year-round snowfield just off the El Cap summit, but other than that don't count on finding water along the ridgeline if attempting this after about mid-August. There are plenty of water options in the different drainages below the ridgeline, however.

I'm proud of this effort, but it could definitely be improved on by someone who can run the roughly 7.5 total miles of trail faster. I lost time stopping to take some photos and video. And I also ran out of water for about half an hour on the way up the E Como Sister. I was forced to slow the pace some in order to not totally blow up. And when I found a snowfield on the descent from that peak I was behind on water enough that I needed to take about 10 minutes to regroup. So those are all places where the time could be improved.