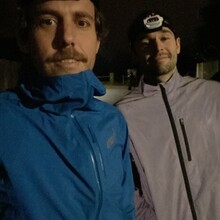 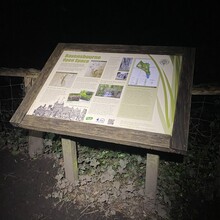 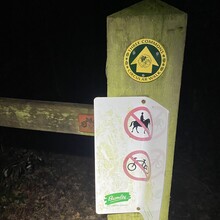 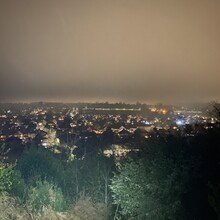 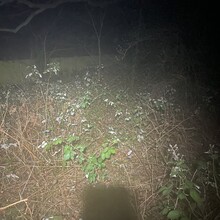 Another night circular of the Bromley routes. This one was probably one of the best as it was through dense woodland and ground under foot conditions were good.

Only negative was that the GPX file was out and in particular around 2.5km & 7.5km. We tried to follow as accurately as possible however in places it was pulling us away from the trail into brambles etc (see last pic) which were not runnable. This has happened before and tends to be in wooded areas where maybe the routes have been uploaded from walkers sites.

This aside it was a very enjoyable run and will be back to run again later in the spring!