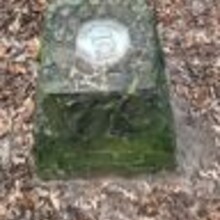 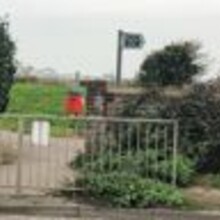 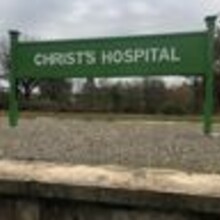 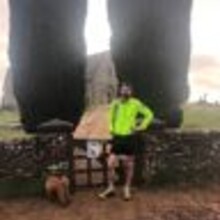 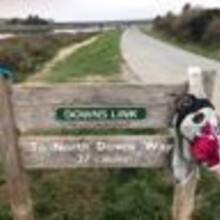 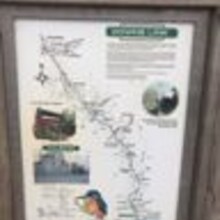 Wow - that was tough! That's the furthest I’ve ever run and it felt like it. Overall I was really pleased though. Going in, I thought sub 5 may be just about possible but sub 5.10 was always the more realistic goal. Final time was a fraction under 5:08 for 37.3 miles, which I think is almost exactly 60k.

It went a bit like a work Xmas party. Awkward at the beginning; good in the middle and painful at the end, with a bit of wobblyness.

First hour was really cold and a bit rainy (lousy weather forecasts…). Plus I felt a bit like a Michelin man carrying all the gels, snacks, water and clothes. I was doing it unsupported, meaning you carry everything you need from the start. Plus my heart rate monitor kept slipping down (not sure why that never happened in training). So all in all I felt rattled for the first bit. But got into a rhythm after about 8 miles and things then went pretty well to about 25 miles. But after that I started to struggle.

Not sure I’ve ever experienced the way my legs felt in the last few miles. Quads were locked. I think this is because I ran the downhills at the beginning too fast. Downs link course is odd in that the first four miles are really hilly. But after that it’s very flat. So I figured I could go fast down the slopes at the start as there’d be no real downhills after that so quads would be ok. But the early hills were really rocky (a proper ultra runner might say technical) so I had to brake a lot. And clearly I hadn’t trained those muscles enough (rookie training error) because later on they just locked.

It’s normally my stomach that holds me back in the last few miles but today it was all legs and all quads. Ate and drank ok throughout. There was a particularly tough, (slightly) hilly section around 30 miles that pushed me from 8 to 9 min miles but pleased that the wheels didn’t come off entirely and that I got it into the 8s again after that.

Route was lovely throughout and pretty quiet. For anyone thinking of taking on an initial ultra - it's a great course. Very clearly marked and mostly flat without many muddy sections.

A few clarifications about the route. From previous postings it seemed that the start and finish weren't totally clear, so let me state clearly what I did. I started at the Downs Link marker just down from St Martha's church (see picture) and finished about a third of a mile past the signpost in Shoreham saying 37 miles to the North Downs Way. My view is that it might be best to try and fix the route to be between those two markers - then it would be exactly 37 miles (by my watch). I went past the Shoreham marker at the end because I know others had done that previously but after that it's hard to know where to go and when to stop. So I think stopping at the marker gives some clarity.

There is one other section where it is very tempting to take a short cut! Just outside Shoreham there's a bit where the signs take you on a half-mile loop to avoid crossing a busy road. But it's not actually that busy, so you could easily nip across. To be clear - I followed the signs and went round the loop (although my legs were screaming in protest at that decision!)

As the previous holder said - someone with faster legs could definitely cover this in under 5 hours, so happy hunting!