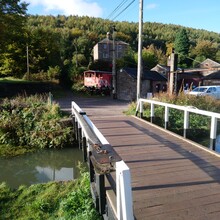 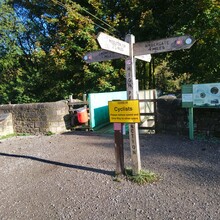 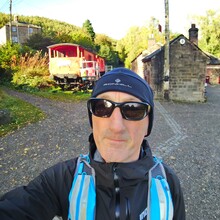 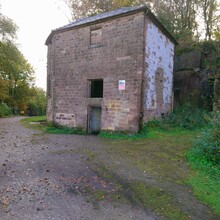 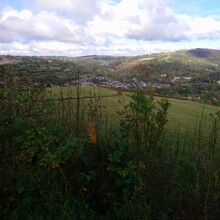 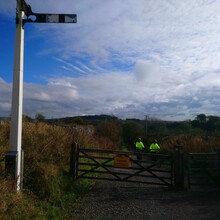 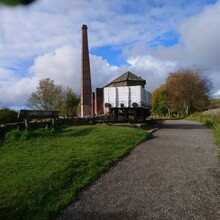 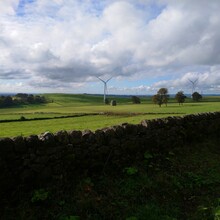 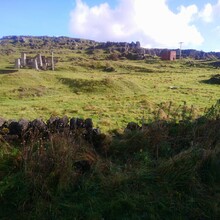 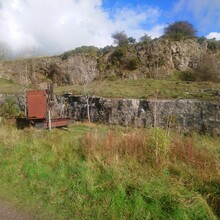 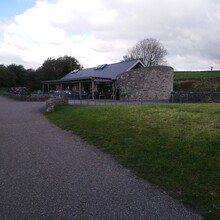 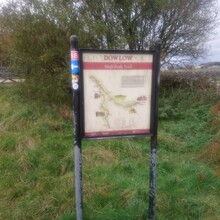 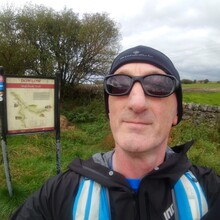 Doing the High Peak Trail one way is logistically a challenge in itself so I parked at Cromford Mills and did a 3km warm up jog to the High Peak Junction where the start of the trail is - once finished I then had a 4.5km walk/jog to the nearest bus stop in order to get back to Cromford Mills.

In terms of the run the first 1.5km is a challenge as it's all uphill on a 8%+ gradient and overall the route is upwards, there is no downhill to pick up speed - so the first half of the run went reasonably well but around the point of Gotham Curve I had difficulty with my left knee which meant having to stop for a few seconds every 1.5km to stretch it right up to the end.

There is plenty to see on the route - see photo's taken - which included the Old Engine House at the top of Sheep's Pasture Incline, views over Cromford, Middleton Top with it's old carriage and chimney, views towards Carsington Water and the interesting Harborough Rocks. Followed by various locations with old train memorabilia and fantastic long ranging views over the central Peak District area.

I ran the trail on my own completely unsupported taking two bottles of 500ml water with me and an orange juice - in terms of food I consumed 3 x SIS Pink Grapefruit gels, part of a flapjack and loads of dates!

Overall I was a little disappointed by my time as I was hoping to get under 3 hours but the difficulties with my knee hampered that - the weather was generally dry although a bit chilly on the open exposed areas of the trail and some sunny intervals.