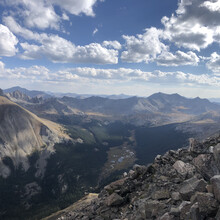 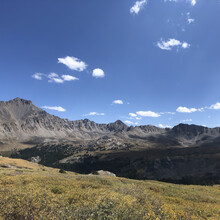 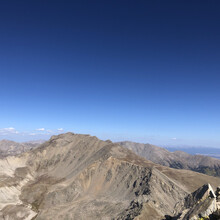 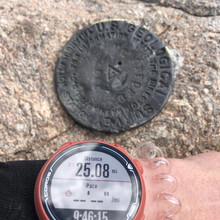 I've been thinking about this route for a while now. Bill Briggs' record from '92 looked really attainable and it turned out to be a nail bitter towards the end. I hope more folks get out on this route since it is such a classic, plus great Nolan's training. The day went really well! Water was everywhere, even up at 12,500. This would have been much harder given a dry fall such as last year. Hard parts included dropping off the north side of Harvard and dropping off the south side of Oxford. Otherwise things went smoothly. Did a short bushwack from the Elkhead Pass trail over to the saddle between Iowa and Missouri. I decided to drop down into Missouri Gulch on the standard trail and climb back up to Elkhead Pass rather than descend the east ridge of Missouri. That climb was rough. I would say Bill's effort is more impressive considering technology and gear differences back then. Either way a stout route with stout times!