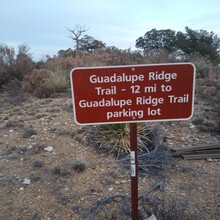 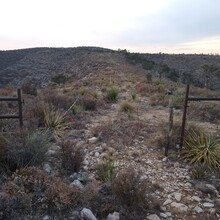 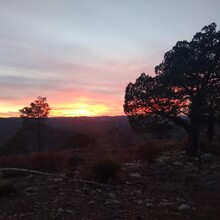 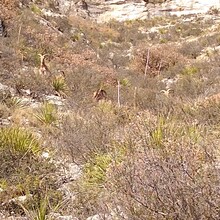 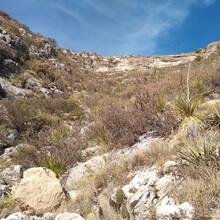 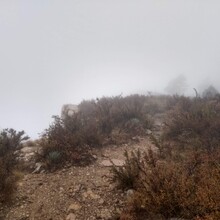 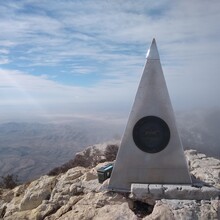 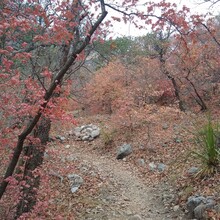 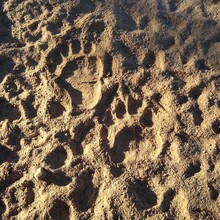 This was a little bit of an unplanned FKT.  Having just finished up a loop trail elsewhere in the Guadalupe Mountains with a buddy, I wanted to continue on solo and add the GRT to my hiking resume but didn't have much time.  My buddy (actually the previous FKT holder of the route) dropped me off at the northern terminus of the trail at 10:51am on the 11/21.  It was hot going through this Carlsbad Caverns portion of the trail, as it was the hottest part of the day with a full 5L water carry.  I didn't see any other signs of life before making it the 17 miles in to the Lincoln National Forest. I made it about 25 miles on the day which included about 3 hours of night hiking, thanks to the sun going down at 5pm.  The next morning I got up at 5 to finish up the Lincoln National Forest portion of the trail, once again seeing no one else but a single unattended black truck and a herd of cows.  There were some cow tanks with water in them but I decided I'd rather just push on to the McKitterick Canyon visitor center to replenish my water carry.  I had a snack and cameled up there, I also got a roll of gauze from the ranger for a scratch I had gotten on my leg that would very my whereabouts there around 11am or so.

Moving up into the McKitterick ridge my sunny day became shrouded in clouds and mist all around me.  This dampness and wind would prove to be quite a damper on my day, as I spent all afternoon cold in my windshirt and shorts.  I rushed in to my designated campsite of Mescalero around 5:30pm, where there was just one other group set up.  I was jealous of their large tent as my tarp got blasted by wind the entire night.  The next morning I would learn that Tejas campground not much farther along the trail would have been a much better selection for a designated campsite.

I got up around 6am to finish up the last few hours of hiking.  It was still pretty grey and windy all morning, but I finally got some sunlight on Guadalupe Peak, summiting at 10:26am on the 23rd to complete my thru of the GRT.