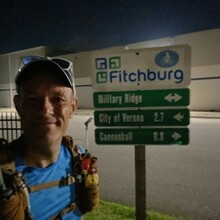 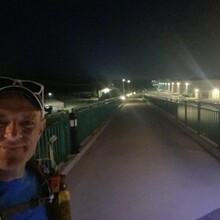 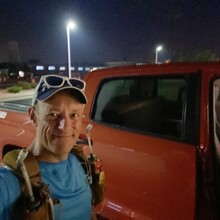 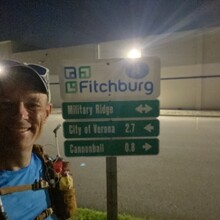 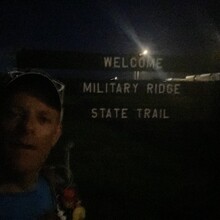 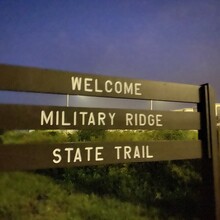 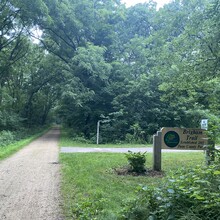 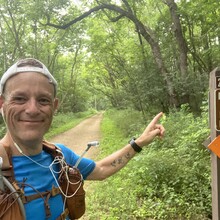 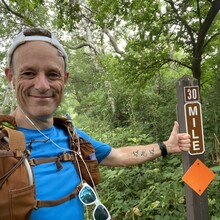 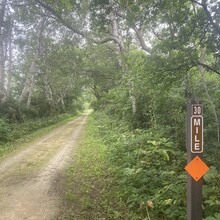 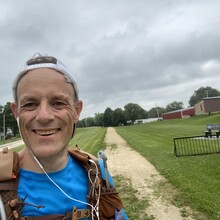 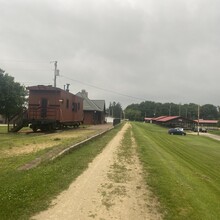 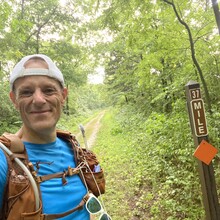 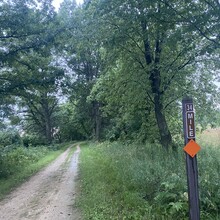 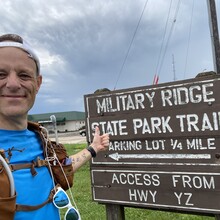 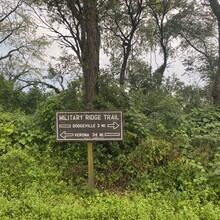 I completed the end to end run of the Military Ridge State Trail which was a 40 mile run where I went west from Fitchburg, WI to Dodgeville, WI (East to West). This was an unsupported  run where I carried everything that I needed and did have with a water bottle, which had a filter if I needed to get water from a stream. However, I carried enough supplies with me that there was not a need to use it. No one ran with me during this run it was totally unsupported. Left early at 4:30am to start the run as I wanted to beat the heat which is coming to Wisconsin there later in the day it will be around 106 degrees with the heat index. While it was humid this morning there was a cool breeze, and mid morning there was a storm which helped bring some cool air, and the the rain really helped.