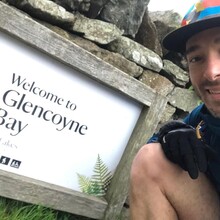 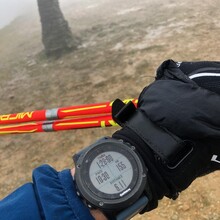 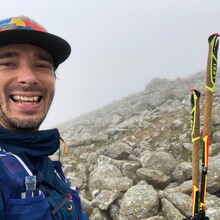 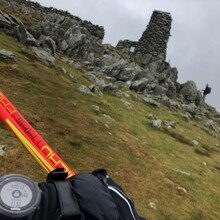 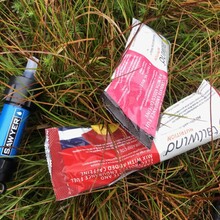 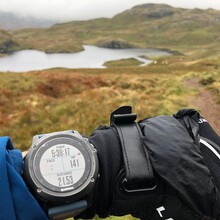 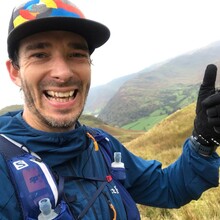 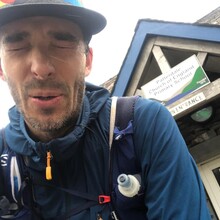 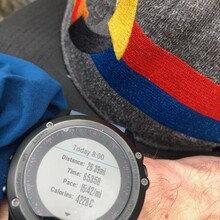 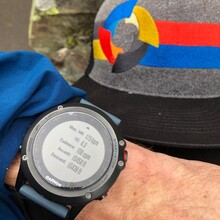 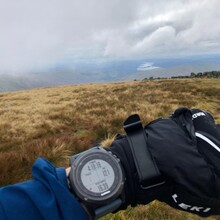 I was alone for the duration of this run, and unsupported; carrying everything with me with from the outset.

I set off from the sign in the Glencoyne Bay National Trust carpark at 8am, Sat 17th October 2020.

Weather was mild and overcast, with mist in the hills. Higher up, the wind picked up to approx. 20mph, which was nothing unusual and visibility was fine for navigating using the GPX track on my Garmin, albeit with no nice views from the tops for the majority of the day.

I moved steadily, hiking most of the climbs (which for me is faster than a slow run and always helps to spread muscle fatigue). Despite the mist making it feel like it was drizzling on and off, the ground was largely dry and the boggy sections weren't as difficult to negotiate as they were two weeks ago during my recce's, due to a couple of drier days preceding my run.

After 20miles I stopped to filter water from a flowing area in the marsh and top up one of my two 500ml softflasks with Tailwind powder as I had almost drunk the litre that I started with. That was sufficient for the rest of the run.

I hope that registering this FKT will encourage more people to get out and run the route as its a great mix of terrain and is always nice to follow a route with a background story, plus the Vicar of Patterdale has even said that anyone completing the route is welcome to call in at the Vicarage (a couple of doors down from the school) where he will have a cold beer waiting for them!