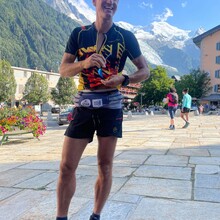 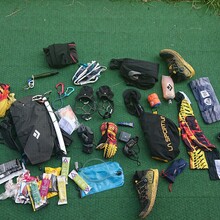 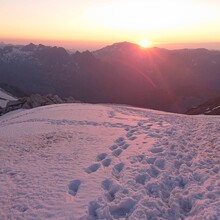 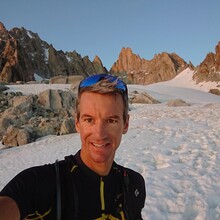 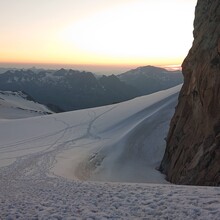 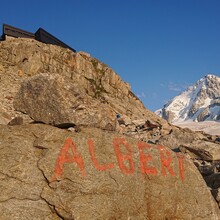 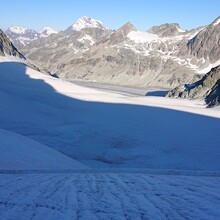 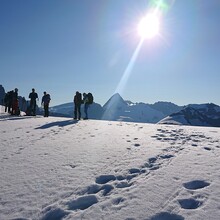 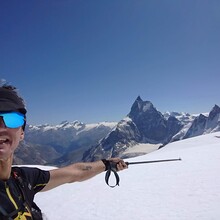 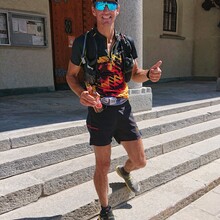 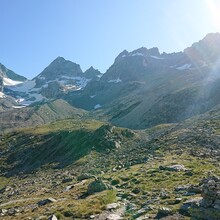 I started from the church in Chamonix at 6pm. I carried with me everything I needed for the trip. The sun set just as I was leaving the Tour glacier and France behind me. The first half (in kilometers) went really smooth and I arrived at the Valsorey hut before the planned time. Next waited the steep climb to Plateau de Couloir. Navigation in the dark was difficult and I lost the track. Instead I ended up climbing a rock face and it probably added an hour to my time. The snow was hard and easy to run on and I found a track that I could follow. On the descent from Col du Sonadon the tracks took me away from my own planned route. I decided to go with the tracks, but they took me to a section that was too steep with only micro spikes. Another hour to find a safer way. I also lost one of my poles somewhere in that area. Bummed about things not going my way? Not at all. Challenges like these only makes it more memorable.

High on the Otemma glacier the sun rose. A group of four was enjoying the views from Col de l'Eveque. I filled water from a little stream below the Bertol hut and started the last climb to the last glacier traverse of the day. Matterhorn appeared behind Col de la Tête Blanche. Breathtaking views even for a tired mind and body. In soft snow I started the descent down to Zermatt.