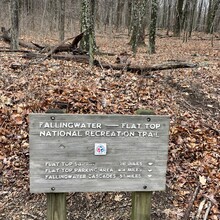 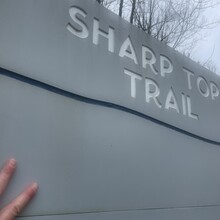 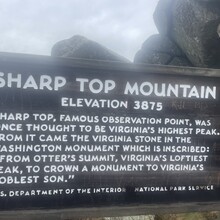 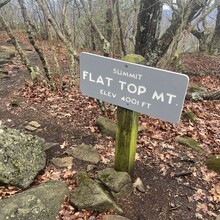 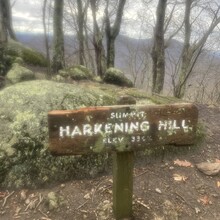 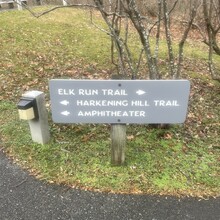 Woohoo! Such a fun run and my first FKT :) I had the goal of trying to run under 2 hours and I just made it! I decided to run this from steepest to most gradual climb so I started at Flat Top, then ran over to Sharp Top, then ended with Harkening Hill.

Flat Top was super steep, covered with leaves, and very slick at the top so I power hiked sections of that. Over on Sharp Top I think the GPS was messing up a little with all the clouds and fog so the trail looks weird on the Strava map and I think that's where the extra elevation on Strava came from too (I think it should be more like 4000 feet instead of almost 6000). Sharp Top was super cool- at the top I got above some of the clouds down below and I was breathing so heavily a woman at the top thought someone was bringing a chain saw to the top haha. There are lots of stair steps at the top of Sharp Top so I power hiked some of those. I thought I was on pace to run sub 2 hours when I was heading over to Harkening Hill but I knew I needed to keep pushing so I was pumped to finish with a few seconds to spare!

As far as equipment, I carried a Nathan Hydration Pack with some water and Gatorade chews which I'm glad I had. Such a short run I never had to resupply.

I'm so thankful I was able to do this run, it was a fun one! My husband and I got engaged at the top of Sharp Top about a year ago so it makes running here even more meaningful :)