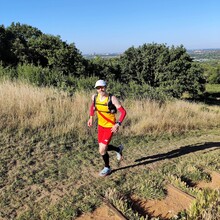 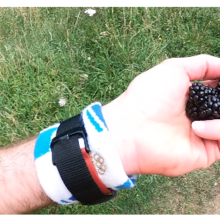 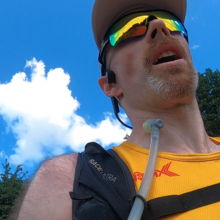 Having run the Jubilee Greenway a few weeks ago, running the bigger brother seemed like a logical next step.  Having seen that Dom ran unsupported I wanted to do likewise which took a bit of planning to locate available water stops.

A recce of the full route on my MTB the week before, recording the whole ride with my GoPro gave me an opportunity to familiarise myself more with the route at my leisure.

I ran clockwise from Wimbledon Park which meant I could start fairly early and close to home.

I plucked  random number out of thin air as a potential target time, but  big question mark was whether I would be able to fuel effectively to keep me going the whole way.  Normally my GI system pretty much shuts down during a marathon or similar, which would result in disaster on something 3 times the length.

My planning spreadsheet had me pretty much calorie neutral with:

In reality I only managed to force down one bar, which took me about 3 hours, and I alternated between Maurten and Nuun so took on less than half of my intended fuel but managed to keep going without any major detonation.

This was very much a journey into the unknown, more than twice the length of the Jubilee Greenway, which was my longest run prior, and the only one past marathon distance.  I had no idea how I would cope with the hills south of the river by which time I’d already have significant time and distance in my legs.  I had planned a pace of 4:40/km, plus 25 minutes of stops for water.

Near University of East London

I had 2 x 500ml soft flasks which I alternated between Maurten and Nuun, and at the last 2 stops I filled an extra soft flask to get me through the big gaps.  A handful of juicy blackberries picked somewhere in the Shooters Hill region provided a delightful natural contrast to the synthetic flavours of my drinks.

I had some real low points during the run, but fortunately these didn’t last too long, I think a caffeine bullet helped turn things around for them.  Strangely I enjoyed the hills south of the river more than the flat stuff north – the River Lee and the Greenway seemed to really drag as I was going a lot slower than normal.  The prospect of a Calippo at the finish kept me going for the final ~30km, it was a real effort to run past an ice cream van in Crystal Palace!

A great route linking lots of green spaces and showing lots of contrast to our amazing capital.