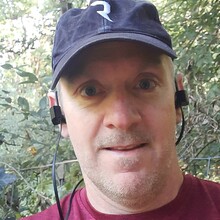 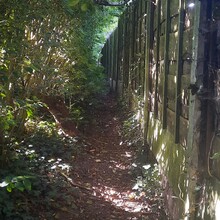 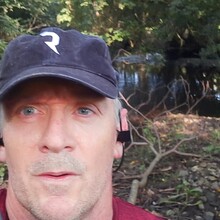 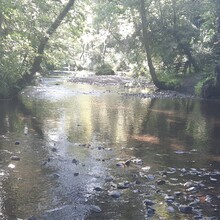 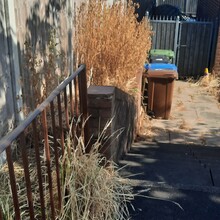 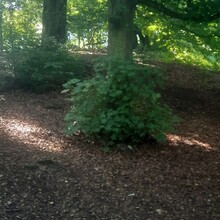 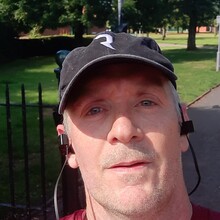 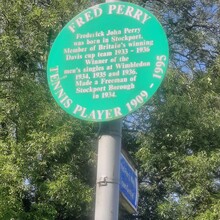 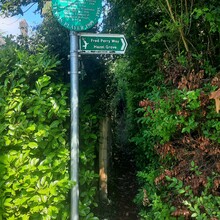 Named after the famous tennis player who was brought up in Stockport and was the last British man to win the Wimbledon Singles title before Sir Andy Murray. Never run in this area before so thought I would give it a go.

Loaded up with banana and water before setting off as there are very little opportunities to take on water along the route.

Although there is a little trail underfoot in the run most is on tarmac so running in trail shoes was a mistake to say the least.  The first problem was finding the starting point as it was placed between two residence who had obviously decided to make the passage way as tight as possible (2nd and last photo).  Lots of twists and turns throughout but pleasant view and parkland for the first third of the run. (4th photo)

Part way through the path was signed posted straight through where a new estate had been built so had to detour through a field (5th photo), further on the council have decide to change the route of the path as trees had been planted (6th photo) which meant a sharp up and down.  When finished it will be a lot easier.

The end of the run is through Stockport and beyond so a lot done on roads and held up by traffic when trying to cross.

Probably the wrong day too due to the hot weather.

And constant uphill throughout, but if you want to know where to live when you win the lottery this is a route to take so you can dream big.

Pleased I did this and now looking for the next one.