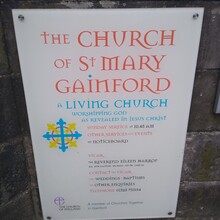 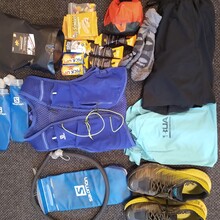 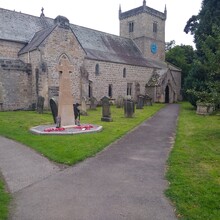 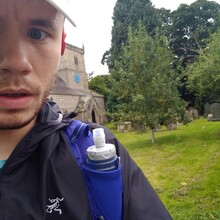 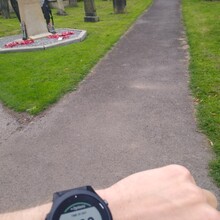 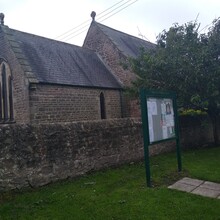 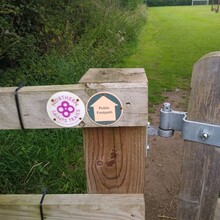 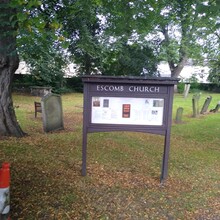 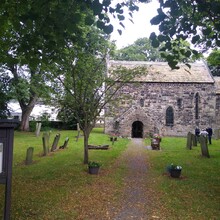 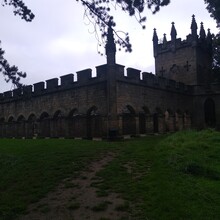 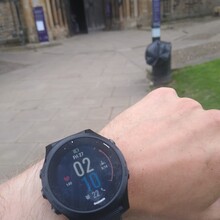 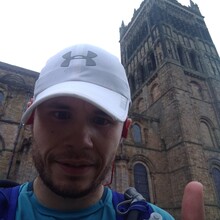 This was an unsupported attempt, so carried around 2.5L of water and food although didn't eat it all (see the kit photo). For navigation, I used a GPX file on my Garmin based on the current record holder's attempt. I live in Durham, so to reach the starting point I took the train to Darlington and then a bus across the Gainford.

After heading north from the startline, headed north through fields and various rural villages. I had great difficulty reaching West Auckland, as the trail was overgrown with waist-high grass and stinging nettles. Continued further north before turning east. I had brief difficulty in losing the trail and had to retrace my steps before reaching Escomb, again struggling with stinging nettles. Felt good at this point although a little slow, and continued without difficulty through to Byer's Green. As the current holder noted, had to divert slightly at Whitworth Hall as the owners have closed the original path.

After this, pushed on through Tudhoe Village and then Sunderland bridge, with big hills around this point. Headed past the Honest Lawyer Hotel, before turning right onto grass trails. This path passes alongside the river, and I would describe it as very technical. Having reached Houghall woods, took what felt like a slightly long-winded path following the original path, before reaching a very steep set of steps towards Durham University science site. Then headed back down the hill, crossing the road twice to end up by the river. Following this path across Prebends Bridge, all that remained was running up the bailey until turning left onto Palace Green and the Cathedral.

Overall it was a fun experience, although fairly hard terrain. I would definitely recommend wearing leggings of some kind, as I really struggled with stinging nettles for a lot of the first half. Also, trail shoes are a must and, despite a rock plate and toe protection, managed to hurt my left foot from two rock strikes.