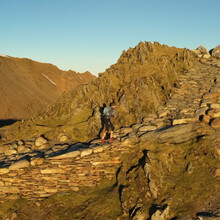 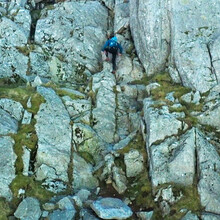 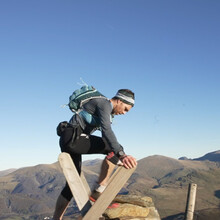 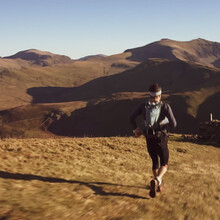 I ran the winter Paddy Buckley solo and unsupported. Although I had a camera crew following so I understand it doesn't qualify as unsupported, I decided I would rather lose the status but keep the opportunity to share the adventure with as many people as possible.

The camera crew were instructed not to say anything to me and to be as invisible as they could.

It was two days away from the shortest day of the year, so here in the UK we call it a 'midwinter round'. The weather was absolutely ideal throughout the day, the temperature dropped to zero at night and low cloud came in, but I was moving so slowly by that point it didn't matter!

All food was carried with me, which consisted entirely of Voom bars. I drank water from the streams as I went.

Incredible achievement, well done! Could Trail Running Magazine, UK use some of your images to accompany a news piece on your record, please?

Shoot me an email with any queries liam.dee@bauermedia.co.uk