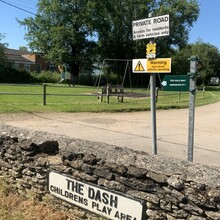 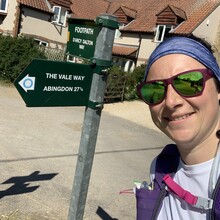 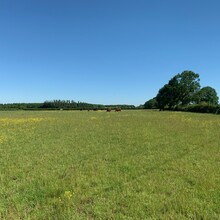 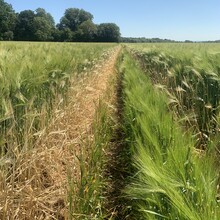 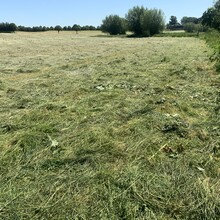 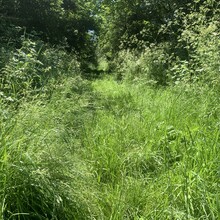 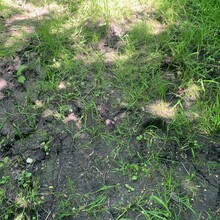 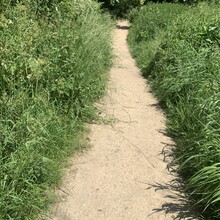 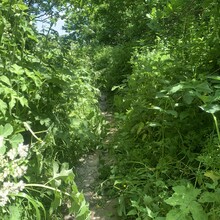 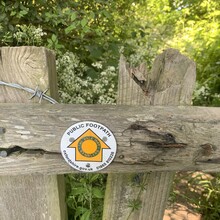 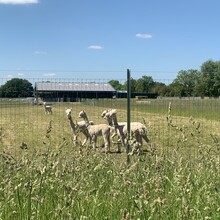 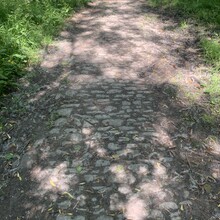 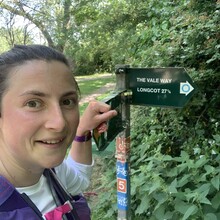 I ran this route unsupported from West to East. It was going to be hot so I took 2.5L in my camelback and another 750ml split between hydrapak flask on the front of my running vest. There was also plenty of opportunity to refill from streams but I didn't take any purification tablets with me so face splashes were the most relief from streams for me! I also took a couple of cereal bars and a small bag of mini cheddars to eat in addition to consuming the tailwind. I drove to Longcot and was able to park very near the start (or end- depending on direction). My husband had the second set of car keys and had already set off from Abingdon running in the opposite direction so I didn't need to worry about handing the keys over or anything.

I wore my road shoes as trails were dry. I soon discovered that the route encompasses some really awkward terrain underfoot; road, sun dried dirt tracks, tractor rutted fields and Cobblestones, which were really tough on tired feet and ankles. I walked some sections because I was hot and tired but also because the ground was so hard and uneven underfoot; it wasn't worth the injury risk. Some field sections were mentally hard because of the tall crops, they were scratchy on my legs and hard work to run through. Lots of overgrown paths with stinging nettles and brambles to content with too - it would be interesting to do this route at another time of year when the plants aren't quite as encroaching (and it isn't as hot!).

The views were lovely and it takes you through and past a few farms with sheep, cows and alpaca so that was nice! Going past the Faringdon Folly was interesting too. The route was very well sign posted, I only had a couple of small wrong turns where there were multiple footpaths that headed in similar directions or the fingerpost was obscured by the undergrowth. I found it a tough run and I was very glad to get to Milton and know that the end was near!

At the Longcot end when you exit Mallins lane (if running East to West) you should turn right instead of left onto 'The Green' and then continue in that direction on Kings Lane, just for a few meters and then you will see The Vale Way sign next to the play area (see my photos). If you run the route West to East then you will see the route marker sticker from your more northern approach to The Green from the start in Kings Lane. Apologies for the incorrect gpx on the main route page, I did not realise this mistake when I submitted the route for listing, only when I ran it today. Hopefully the amazing admins can tweak it?